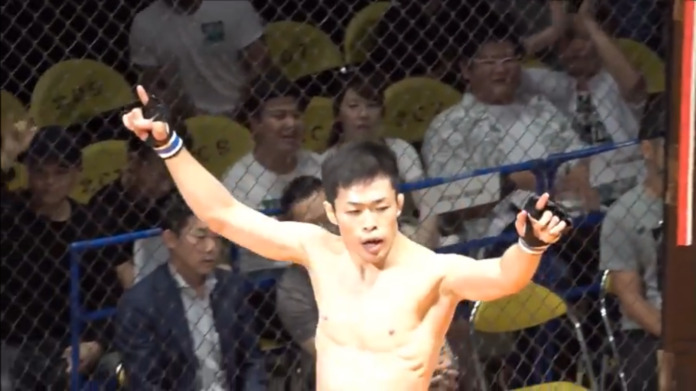 June 2018 was stacked in all aspects when it comes to combat sports. Whether it be scintillating fights, brutal knockouts, or beautiful submissions, there was no shortage of action to choose from when it came to any category – including Submission of the Month.

The month opened up with stunning performances from the likes of Sergey Klyuev and Nathaniel Wood at M-1 Challenge 93 and UFC Fight Night 131 respectively. On the other end of the spectrum, June 2018 ended with title-winning submissions in Titan FC and title-defending submissions in Bellator MMA. This isn’t even beginning to mention the plethora of action that took place alongside those cards.

It wasn’t an easy choice, but due to the quality of win + the fashion in which it happened, June 2018’s Submission of the Month took place on the final day of June 2018 under the DEEP banner in Japan. 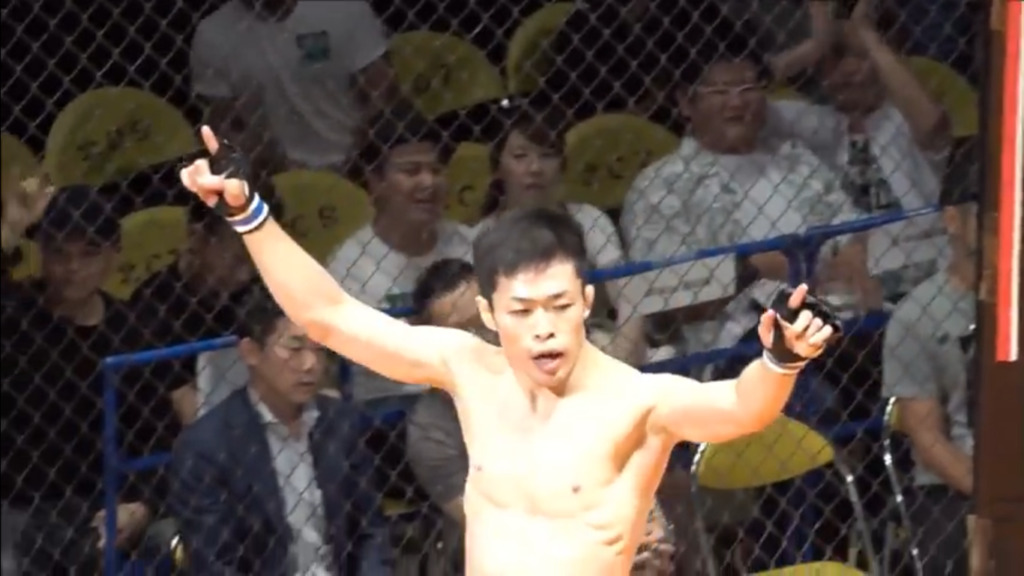 On the final day of June 2018, in the early hours of the morning, DEEP 84 took place live from Tokyo, Japan.

I was an event that signified in some ways the end of an era, as it was the final show that would ever go down inside the renowned Differ Ariake arena, a venue that has been home to some pivotal moments in Japanese MMA history over the years.

The show was headlined by Japanese legends Eiji Ishikawa and Kazunori Yokota in what was Yokota’s final fight. And in the co-main event we saw RIZIN veterans Yuki Motoya and Je Hoon Moon.

However, in arguably the biggest moment of the whole show, Satoshi Yamasu brought his 8-4 record into the cage with DEEP Featherweight Champion; Takahiro Ashida, who entered with a record 21-8-2.

On paper, this fight was all Ashida. The title was not on the line, sadly, but it didn’t really seem to matter. Because the far more proven DEEP title-holder Ashida was going to walk out on top regardless, right?

Yamasu – nicknamed “Dominator” – stunned as he earned his sixth-straight win in a big upset vs. Takahiro Ashida, the DEEP Champion.

The eventual finish came mid-way through round one after Yamasu dropped Ashida with some stiff punches on the feet. What followed was a good 15-seconds of nasty soccer kicks to the dome of Ashida as Yamasu was clearly feeling those World Cup vibes.

Soccer kicks, a headstomp, and the ref refused to save Ashida from further punishment. Thankfully, Yamasu wasn’t aiming to dish out brain damage, as he eventually jumped at the opportunity to grab a double wristlock and torque the shoulder of Ashida for the tap.

Sadly for Yamasu, he didn’t walk out as champion due to it being a non-title bout. but in his ninth career win, and sixth-straight victory, he picked up the biggest win of his career by far.

Ashida remains champion, but he loses whilst fighting in Japan for the first time since 2015. He had not been finished in Japan since 2013.

The sequence that lead to the submission, the underdog story, the final show at Differ Ariake. It was all of this and more that make it MMASucka’s Submission of the Month for June 2018.

Now it’s time to rank the top three submissions of June 2018. All opinion-based, of course. If your personal choice didn’t make the cut, you will almost certainly find it below in the honorable mentions section.