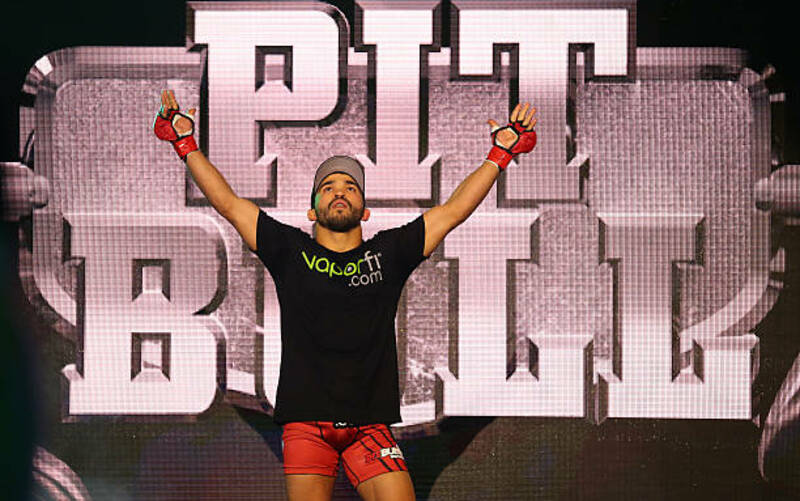 The week after UFC International Fight Week is a big one for fans of MMA. The UFC hosts a Fight Night card in Boise, while Bellator 203 is accompanied a Friday MMA card and Saturday kickboxing card. Several other promotions, including ONE Championship, also have events planned for this busy weekend. With so many events it can be difficult to decide what matchups are worth seeing. Here are the top 5 matchups from MMASucka in no particular order.

Top 5 Matchups for This Weekend

Darren Elkins is known to bring the fire and has done so in his current six-fight winning streak. “The Damage” has not suffered a lost since December 2014. Elkins has defeated the likes of Robert Whiteford, Chas Skelly, Dennis Bermudez, and Michael Johnson during the span of his current winning streak. He may be best known for his amazing comeback in the third round against Mirsad Bektic and is considered one of the greatest comebacks in UFC history. Alexander Volkanovski is on an equally impressive run. Volkanovski has won 14 straight and has not suffered a loss since May 2013. The former professional Rugby player and former Australian Fighting Championship featherweight champion has won 10 his 17 victories by knockout. This fight has Fight of the Night potential written all over it.

After nine bouts in the UFC, Michael McDonald made his debut in Bellator defeating Peter Ligier at Bellator 191 by unanimous decision. The UFC four-time Performance of the Night fighter, McDonald, has one-half of his 18 victories by knockout though being a black belt in BJJ. McDonald fought Renan Barao for the vacant bantamweight title in UFC on Fuel TV: Barao vs. McDonald and has wins over Brad Pickett and Miguel Torres in his career.

Considered by many to be one of the best fighters outside of the UFC, Eduardo “Dudu” Dantas is coming off of a loss to Darrion Caldwell where he dropped the bantamweight title at Bellator 184 in October 2017. The former two-time champion will look to get back to his winning ways to try and reclaim his title. Half of Dantas’ 20 wins have come from decision so look for Dantas to try and grind out McDonald to get his hand raised at the end of the contest.

The women’s featherweight title will be the main event of Bellator 202 as champion Julia Budd will defend her title for the second time. The champion is 11-2 in her career with her only losses coming in Strikeforce to Ronda Rousey and Amanda Nunez. The former Muay Thai and Kickboxing professional has gone into championship rounds her last two bouts and will look to make it an early night for the first time as champion.

The 2001 World Jiu-Jitsu Championship winner, Talita Nogueira, will look to improve on her undefeated 7-0 record. Nogueira and Budd were scheduled to fight in her debut at Bellator 133 but Nogueira pulled out due to an injury. Though signing with Bellator in 2014, Nogueira did not make her company debut until Bellator 182 exactly three years later in August 2017. She defeated Amanda Bell by submission. All seven of Nogueira’s victories have come by finish. Look for Nogueira to try and take the contest to the mat and pull off a submission for another finish.

The UFC Fight Night main event will feature the return of Junior Dos Santos who has not fought since his loss to Stipe Miocic in May 2017. The former UFC heavyweight champion will look to get back on track after flip-flopping his last several bouts going 4-4 over his last eight fights. Dos Santos does have wins over former champion Miocic, Ben Rothwell, and Cain Velazquez among many others. The American Top Team heavyweight needs a win to be considered to even stay in the hunt for a future title shot.

Former 2008 World Sambo and World Series of Fighting champion, Blagoy Ivanov, makes his UFC debut. Ivanov was considered the second best heavyweight not yet signed by the UFC. Ivanov defeated Smealinho Rama in his WSOF debut at WSOF 24 debut. He would defend the title four times before the WSOF shut down. He is 16-1-1 with his only loss coming in May 2014 to Alexander Volkov in the season ten Bellator heavyweight finals. His one “no contest” was an odd incident where the ring broke during his bout with Illir Lafiti in March 2008 at Real Pain Challenge 2 in Bulgaria. Ivanov has heavyweight knockout power along with a dangerous ground game defeating Fedor Emelianenko for the 2008 World Sambo championship.

The rematch from Bellator 138 will see Patricio “Pitbull” Freire take on Daniel Weichel. Freire took out Weichel by knockout in their first contest in June 2015. Weichel had Freire on the ropes at the end of the first round. Many were asking if it was the end of the round or the end of the contest. Freire made a comeback in the second round landing a huge left that floored Weichel. Since their first matchup, Freire has lost the featherweight title to Daniel Straus. He won the title back in his last matchup from Straus at Bellator 178. Daniel Weichel will get his second shot at the title. The Din Thomas BJJ black belt has reeled off four wins in a row to earn his second title shot at Pitbull. Neither fighter has fought since April 2017.