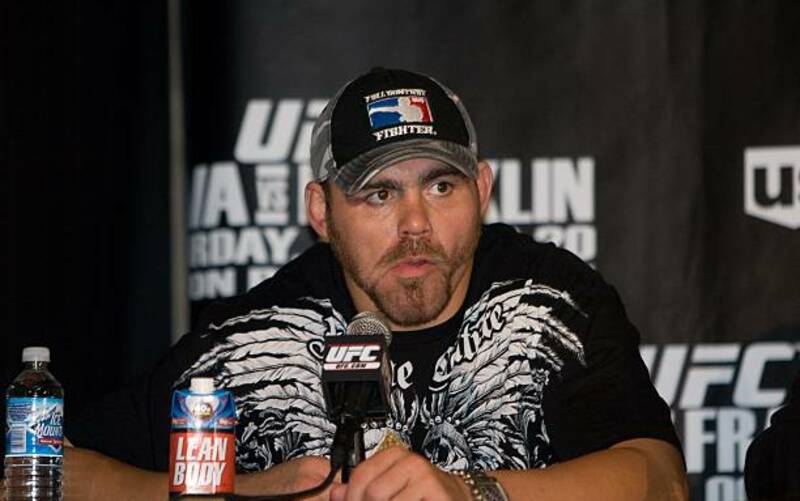 This is the 19th of a 50 part series documenting the history and the current state of MMA for each of the 50 states in the United States of America. Each part will chronicle the history of MMA as well as several notable fighters and camps in each state. This is the history of Maine MMA. Be sure to check out the previous part on Louisiana.

Maine, the 23rd state to join the Union, has contributed some very heavy hitters to the world of MMA. Though the state has not been the home to many major organizational events, Maine does host a very successful regional organization.

The Combat Sports Authority of Maine was founded in June 2009 and is the sanctioning body for MMA within the state. The commission is currently made up of six members, with the seventh seat vacant at this time. As it has been noticed with each state, Maine also has some unusual mentionings and wording in their bylaws. In their list of rules for MMA events, there is a rule requiring beverages to be sold only in paper or plastic cups. Chapter one section 10 makes a reference to “fixed fights” stating no one certified by the Authority shall engage in fixing the results of a contest.

Both UFC and Bellator have each made one visit to The Pine Tree State. Both companies visited the state within a 17-month span. New England Fights (NEF) is based in Maine and has hosted 34 events since NEF 1 took place February 11, 2012.

Bellator Wins the Race to Maine

Bellator 93 took place in March 2013 inside the Androscoggin Bank Colisee in Lewiston, Maine. The three fight main card featured Dave Jansen winning a unanimous decision over Marcin Held. Maine native Marcus Davis ended up in a no contest with Waachiim Spirtwolf when a knee to groin strike ended the contest. The undercard featured names such as Michael “Venom” Page and Jack Hermansson. This event would mark Page’s debut with Bellator.

UFC Makes their Showing in Maine

UFC would eventually get to Maine by way of Bangor on August 16, 2014. The 5,000 plus in attendance in the Cross Insurance Center witnessed a main event five-round unanimous decision win for Ryan Bader against top flight fighter Ovince Saint Preux. UFC Fight Night: Bader vs. Saint Preux six-fight main card showcased Maine native Tim Boetsch knocking out Brad Tavares in the second round. Boetsch took home a performance of the night award along with Thiago Tavares who defeated Robbie Peralta by first round rear naked choke. Fight of the Night honors went to Alan Jouban and Seth Baczynski. Jouban walked out of the cage with a first-round knockout. Five of the six fights on the main card were finishes.

Fighters Representing the State of Maine

Arguably the most known MMA from the state of Maine to most MMA fans is Tim “The Maine-iac” Sylvia. Sylvia has earned 31 professional wins in his career. He is ranked in Tapology’s Top 100 greatest MMA fighters of all time. Sylvia made his debut with the UFC as UFC 39 defeating Wesley “Cabbage” Correira by corner stoppage. In his second bout with the company, he defeated Ricco Rodriguez by first-round knockout to win the UFC heavyweight title. After a visually horrific arm break in the Frank Mir bout at UFC 48, Sylvia returned six months later to knockout Wes Sims in the first round at Superbrawl 38. Sylvia went on to win six more UFC bouts before moving on to other organizations.

Another “Tim” From Maine

Heavy hitters with the name “Tim” seem to be the prime of Maine MMA. Tim Boetsch, born in Lincolnville, was won the majority of his 21 professional bouts within the UFC octagon. Of Boetsch’s 23 bouts in the UFC, he is arguably best known for his comeback knockout against Yushin Okami. At UFC 144 in February 2012 from Japan, Boetsch was on the verge of a devastating beating by Okami. Within the first minute of the third round, Boetsch mustered up one of the greatest comebacks in MMA history. Boetsch dropped Okami with an uppercut and continued to strike until the referee called the fight.

Part 20 of the 50 states series will be the state of Maryland. Check back with MMASucka to keep up with the series.