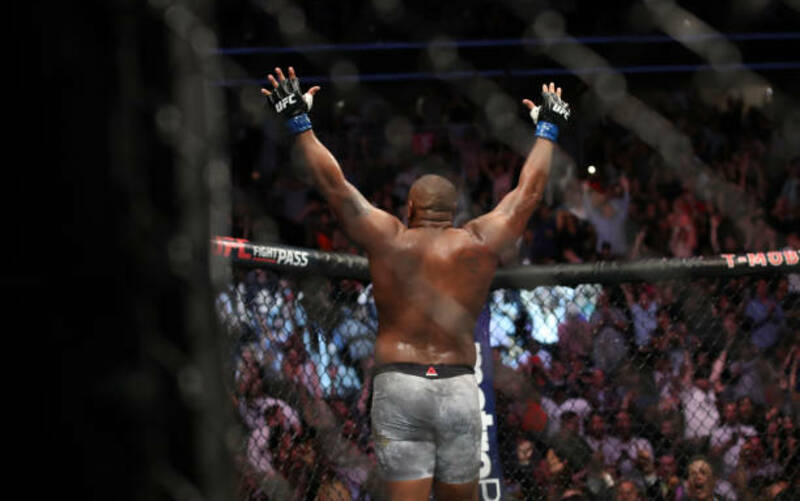 July 2018 was loaded with knockout victories.

From headkicks and elbows to liver shots and one-punch knockouts in back-and-forth wars. July produced some killer moments.

From RIZIN and ONE Championship to the UFC and Bellator, all the way to RFC and Katana Fight. There was a tremendous amount of action throughout the month.

With that being said, it seems impossible to not recognize what the UFC’s latest champ-champ was able to do in July. Before continuing, check out the Knockout of the Month for June 2018. 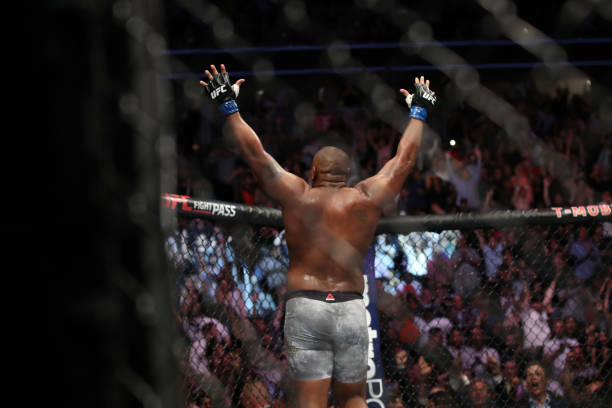 Legitimate superfights are somewhat of a rarity of mixed martial arts.

With all of the talent globally, you’d think true superfights would be relatively easy to come by. For years, they haven’t been. We’ve seen ONE Championship and KSW go to the superfight well a few times for title vs. title fights, and it’s always appreciated.

But outside of those sparse match-ups, the definition of superfight has changed over the years. Years back, it wasn’t even enough to do title vs. title fights. For it to be a superfight, it needed to be a title vs. title fights with two incredibly dominant champions. This is why Anderson Silva vs. Georges St-Pierre was such a hot topic for years because that’s what the fight would have been 6-7 years ago; a true superfight in every sense of the word.

This is kind of what we were given earlier last month when we saw Stipe Miocic take on Daniel Cormier with the heavyweight strap on the line.

Stipe Miocic entered the fight as the reigning, defending heavyweight champion. Statistically the greatest heavyweight in UFC history. After easily winning the title in 2016, Miocic went on to defend the belt three times, dominant in each of these.

Daniel Cormier moved up to heavyweight while still holding the light heavyweight strap. And he is familiar to the weight class. Cormier burst onto the scene as a heavyweight in Strikeforce, winning their grand-prix as an alternate and defeating the likes of Antonio Silva and Josh Barnett with ease.

He had never fought a man like Stipe Miocic, though. the same could be said vice-versa!

Late in round one of this heavyweight superfight, we saw the finishing sequence.

DC caught Miocic with a right-hand on the clinch break. Scoring the knockdown and sleeping the champion with the ground-and-pound follow-ups.

The crowd erupted, as did the collective MMA world. And finally, one of the good guys does something truly great.

Daniel Cormier becomes the new UFC Heavyweight Champion while simultaneously holding his UFC Light Heavyweight Championship. As he nears 40, the former Olympic star is getting closer and closer to his retirement. But, until then, he has no plans of slowing down. Cormier plans to defend both titles at the same time, which would turn this already incredible accomplishment into a true one-of-a-kind feat.

It was one of the first events of July 2018, and it won’t be forgotten anytime soon. Check out the #2 and #3 spots, however. Featuring a ridiculous spinning back-kick, and the return to form of a legend.

Those top three weren’t easy choices to make but, rest assured, if you disagreed with any, you will almost certainly find what you’re looking for amongst the 41 honorable mentions.