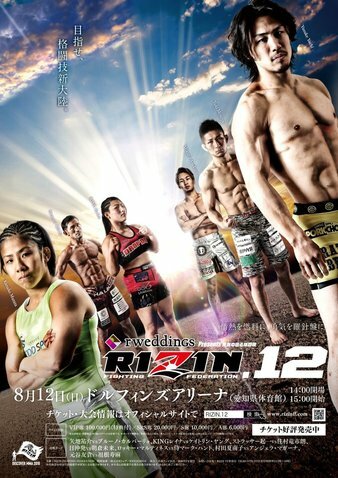 Two weeks after the incredible RIZIN 11 show, RIZIN Fighting Federation is back with RIZIN 12.

Making their second appearance in Nagoya, RIZIN takes over the Dolphins Arena tonight with a stellar 12-fight card featuring some of Japan’s finest – including some Nagoya natives.

The greatest lightweight in Japan right now, Yusuke Yachi returns to the ring to face Wanderlei Silva protege Luiz Gustavo in the night’s main event. Also on the card, bad blood will boil over as Yuki Motoya and Kazuma Sone do battle.

We will also see one of the best amateur wrestling crossovers in recent memory, Kanako Murata, compete once again as she takes on Angela Magana. Kiichi Kunimoto faces Ryuichiro Sumimura in one of the most intriguing battles of the night. Hatsu Hioki faces young up-and-coming slugger Mikuru Asakura.

Not to mention a should-be heavyweight slug fest, the return of KING Reina, and five highly-competitive kickboxing bouts. Check out the full card below as well as the Fite TV live stream. Card will update with live results all night.