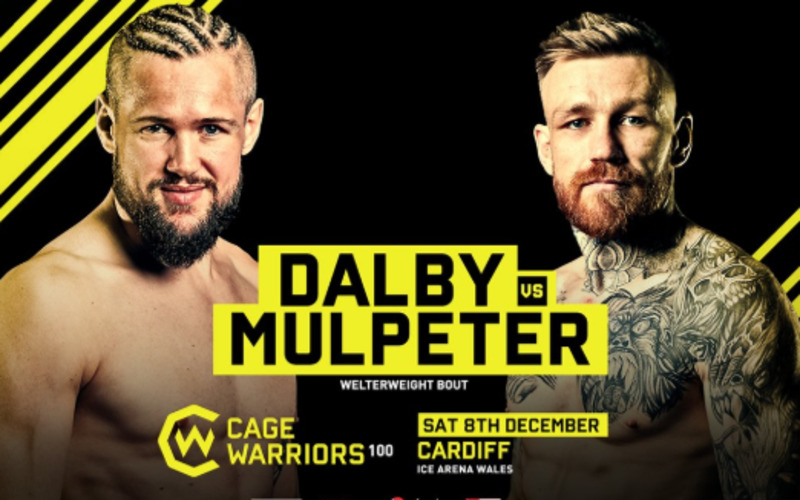 The UFC vet, Dalby makes his third appearance in 2018 at CW 100. The quick turnarounds came after a two-year layoff following his final bout with the UFC. Since returning to the Cage Warriors promotion, Dalby owns a 1-1 record.

One fight into his UFC stint, Nicolas Dalby held an undefeated record at 14-0. He defeated the dangerous capoeira stylings of Elizeu Zaleski dos Santos by a slim split decision in his promotional debut. His next fight pitted him against the UK star Darren Till. Both rode high waves of hype into this European prospect matchup. The two came into the fight undefeated. When they left the cage, both were still lossless as their match ended in a draw.

After the high profile tie between Till and Dalby, the two European fighters took off in different trajectories. Till went on to challenge for the UFCs welterweight title, while Dalby went on a two-fight skid. Thusly, vanquishing his undefeated record. His second consecutive loss in the UFC (against Peter Sobotta) led to his release from the promotion.

In his return fight to the European promotion, Dalby fell by a close split decision to Carlo Pedersoli. Pedersolli signed with the UFC immediately following his victory over Dalby at Cage Warriors 93. The Danish fighter bounced back in his next appearance at Cage Warriors 96.

At the event, Dalby defeated Roberto Allegretti by technical submission. The win effectively ended a three-fight losing streak for the Danish Dalby.

His opponent, Philip Mulpeter is also a Cage Warriors veteran. The Irish SBG fighter is on a two-fight winning streak. In his most recent competition, he submitted Jan Quaeyhaegens at Cage Warriors 94.

His overall record with the promotion sits at 3-2. A win over Dalby only bolsters the resume of the SBG product.

Cage Warriors 100 take place December 8th from Cardiff, Wales inside the Ice Arena Wales. Also on the card is a high stakes battle for gold as Jack Shore takes on Mike Ekundayo for the vacant bantamweight title.