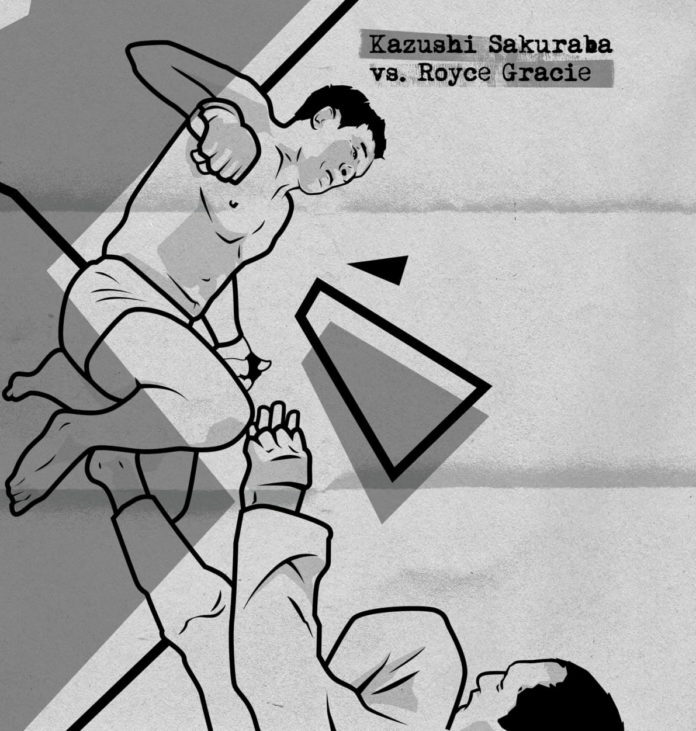 “PRIDE never dies” is the mantra that fans of the defunct Japanese MMA promotion live by. That is for good reason.

Fans remember the highlight reel wars that fighters such as Don Frye, Wanderlei Silva, and Rampage Jackson had. Along with that were the grand fighter entrances, Lenne Hardt’s booming voice introducing the fighters, and perhaps most of all… soccer kicks.

Unfortunately, all good things must come to an end and so did PRIDE, eventually. Lee Daly’s new book “Before A Fall: A History of PRIDE Fighting Championships” provides an excellent recounting of the origins of the promotion, its peak, and its downfall. He chronicles the highs and lows, its notable fighters and what may have led to the promotion’s end.

“Before a Fall” The History of PRIDE FC

The book doesn’t begin right when PRIDE began, but instead starts with explaining the concept of bushido, the code that samurais lived by in Japan. Through that, Daly connects the origins of MMA through pro wrestling (a fact that many MMA fans seem to hate).

It would’ve been easy to start with the beginning of MMA in Japan. Daly is able to put context behind what made MMA huge in Japan. What starts out as a competition to show what is the most superior martial art (no doubt sparked by a little bit of nationalistic motivation with Brazil and Japan), morphed into a sport with freakshow fights then into a legitimate stylistic competition.

Further in the book, Daly chronicles the rise of PRIDE’s best fighters, the most captivating bunch of chapters focusing on Kazushi Sakuraba. Sakuraba was an anomaly in MMA. For most of his career he fought guys many pounds heavier than him, smoked and drank when training for fights, and as Daly describes had “a rejection of overt machismo.”

His fights, particularly the ones with the Gracies, drew thousands to see if he could beat the top Brazilian jiu-jitsu family in the world. Through this, he was able to become a celebrity and hero to the Japanese audience. Daly goes into wonderful detail about these fighters and you come out learning a lot more about them.

Making an English language book on a Japanese promotion seemed to be no easy task as evidenced by the amount of citations Daly lists. But he also conducted recent interviews with Bas Rutten, Frank Shamrock and Pancrase founder and New Japan Pro Wrestling wrestler Minoru Suzuki. Their thoughts and quotes are memorable, particularly when Daly interviewed Frank Shamrock about the fight that he and Sakuraba never had. They did eventually have an awful grappling match that went to a draw in RIZIN last year.

Additional gems in the book are the illustrations made by illustrator John Sheehan. Some recreate the most famous PRIDE moments, including Sakuraba jumping over Royce Gracie’s guard (which also graces the cover), and Frye and Yoshihiro Takayama throwing heavy haymakers to one another. It’s an added bonus for readers as they go from chapter to chapter to get prepared for the reading ahead.

The book also does a great job of recounting and describing the memorable PRIDE fights. In the book, Daly writes vivid detail about the fights. No ticket is needed as you feel right there in the audience as he describes such fights as Frye/Takayama, Rickson Gracie overwhelming Nobuhiko Takada from PRIDE 1 and other famous fights.

The 244-page book is a great read-through. For fans of PRIDE, they can have a book that serves as an incredible trip down memory lane. For new fans, they can discover a promotion what made many MMA fans fall in love with PRIDE. The takeaway from this book is that PRIDE fighters truly embodied the samurai code, bushido. The promotion itself survives today in discussions in MMA forums and on UFC Fight Pass despite being shut down over 10 years ago. And that is truly why “PRIDE never dies.”

Writer’s note: The writer of this review did contribute to the Indiegogo campaign that helped fund the book. A review copy was also provided to the writer.