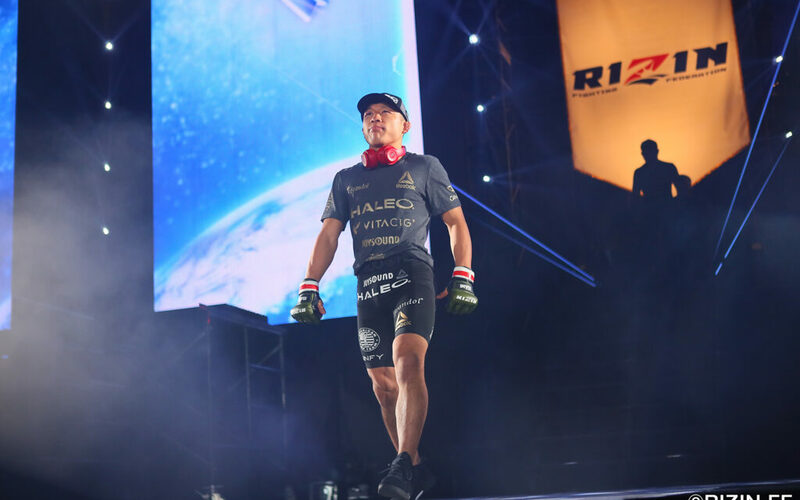 It’s that time again! The first batch of announcements for RIZIN 15 in Yokohama are here, and man are they ever good.

In his first fight since winning the inaugural RIZIN Bantamweight Championship on NYE, Kyoji Horiguchi returns to welcome recent UFC departee Ben Nguyen to the RIZIN ring. Luiz Gustavo returns to take on fellow striker Mikuru Asakura, as his brother Kai Asakura looks to face Ulka Sasaki. And finally, another title will be introduced as fan-favorite Jiri Prochazka faces the only man to ever defeat him in RIZIN, King Mo, to crown the first-ever RIZIN Light Heavyweight Champion.

Japanese superstar Kyoji Horiguchi (26-2) returns to the ring once again after recently being crowned champion. The third-round submission win over Bellator title-holder Darrion Caldwell was his 11th-straight victory, spanning both RIZIN and the UFC.

Opposite him will be recent UFC departee; Ben “10” Nguyen (17-8) fighting out of Brisbane. The former Nitro MMA Champion leaves the UFC after nearly four years in the organization that saw him go a respectable 4-3 against high-level competition at flyweight.

His run includes first-round finishes over Tim Elliott, Ryan Benoit, and Alptekin Ozkilic. Along the way, he faced losses to some of the division’s finest, including two-straight against Jussier Formiga and Wilson Reis in his two most recent outings.

Note: Horiguchi vs. Nguyen will be at 60kg, so no title will be on the line.

Mikuru Asakura (9-1, 1NC) is a former two-division champion in The Outsider organization who has begun to make quite a name for himself under the RIZIN lights. The knockout-artist made his presence known immediately, debuting at RIZIN 12 and obliterating Shooto legend Hatsu Hioki with a headkick early.

In his next outing, Asakura took on a very game Kazakh in the form of Karshyga Dautbek who he was able to outpoint. Most recently, at RIZIN’s version of ‘Yarennoka!’, the Japanese young-gun won his fourth-straight by starching another Shooto legend as he finished Takeshi “Lion” Inoue with a brutal knee strike.

A protege of the great Wanderlei Silva, 22-year-old slugger “Killer” Luiz Gustavo (9-0) was tearing up the regional scene in Brazil before making his big-show RIZIN debut over the summer, as he faced promotional mainstay Yusuke Yachi in the main event of RIZIN 12.

The Brazilian bomber promised a finish, and he delivered just that. Showing serious shades of PRIDE-era Wanderlei Silva, he brawled with a willing Yachi before faceplanting him with a massive right-hand in round two. He looks to continue his success against Japanese killers at RIZIN 15.

Note: Despite initial rumors that both fighters would be in the Lightweight Grand-Prix, this match-up will be fought at 68kg. Meaning this will not be a Grand-Prix match-up. Both are slated to fight at 70kg in their next outing, however, so both are still big possibilities for the Grand-Prix.

Kai Asakura (12-1) specifically requested a bout with Sasaki, and he gets it at RIZIN 15 in Yokohama. Much like his brother, Asakura’s first real accomplishment in the world of MMA was a title win inside The Outsider organization. Then after going 1-1 in ROAD FC, ending that run with a knockout loss to Jae Hoon Moon, he signed with RIZIN Fighting Federation.

Since doing so he has won four straight, including a vicious knockout against Kizaemon Saiga in his promotional debut. Asakura followed up a controversial win over Manel Kape at RIZIN 10 with back-to-back clear decision wins over Topnoi Tiger Muay Thai and Jae Hoon Moon, avenging his sole career loss.

Ulka Sasaki (22-6-2) looks to win his second-straight in RIZIN – and snap the win streak of Asakura in the process. After spending well over four years in the UFC, Sasaki made his RIZIN debut at RIZIN 14 on NYE. Here he handily defeated Manel Kape by decision after nearly securing multiple chokes throughout.

Despite just one fight in RIZIN, he gained a lot of people’s attention with the win. Yuki Motoya, who defeated another UFC veteran in the form of Justin Scoggins on that same night, called out Sasaki. As did Kai Asakura. While he was getting called out by some promotional staples, Ulka Sasaki was hoping for a fight with Shintaro Ishiwatari or Kyoji Horiguchi but was happy to accept Asakura’s challenge in the meantime.

Tied with Horiguchi for the most wins in RIZIN history, Jiri Prochazka (23-3-1) will look to earn his ninth win in the promotion at RIZIN 15. He does so against “King Mo,” the only man to beat him inside the RIZIN ring.

Since losing to Lawal in the finals of the promotion’s first-ever tournament in 2015, Prochazka has utilized his signature brand of Czech violence to win seven-straight, six of these taking place within RIZIN Fighting Federation. His last four victories in the organization came via first-round knockout over Jake Heun, Bruno Cappelozza, Karl Albrektsson, and most recently Brandon Halsey.

Muhammed “King Mo” Lawal (21-8, 1NC) has not had similar luck to Prochazka since their first meeting in 2015. That win was the final win of a seven-fight win streak for Lawal, as he has since gone 2-4. Month’s after winning the RIZIN Grand-Prix, he returned to Bellator and lost to Phil Davis before defeating Satoshi Ishii.

“King Mo” then returned to RIZIN and got knocked out by the legendary Mirko Cro Cop before once again returning state-side to defeat Quinton Jackson in early 2017. Since this win, however, Lawal has dropped two straight, both by way of knockout. This includes a 15-second KO loss to double-champion Ryan Bader and a late knockout loss vs. Liam McGeary.

As the two prepare to meet again, this time with a light heavyweight title on the line, Jiri Prochazka looks primed to avenge his only recent loss at RIZIN 15.

The newest RIZIN FF signee enters the promotion undefeated at 8-0 after recently defeating the legendary Satoru Kitaoka for the DEEP Lightweight Championship in October of last year.

The wrestling powerhouse began his career with four-straight finishes before winning four-straight by way of decision. Despite going the distance in his last four outings, Takeda has appeared consistently dominant.

His current run includes wins over Kitaoka, Juri Ohara, and Naoto Miyazaki. His opponent for RIZIN 15 will be announced at a later date.

RIZIN 15 goes down on April 21, live from the Yokohama Arena in Yokohama, Japan.

This is the first wave of announcements, expect more in the coming weeks.