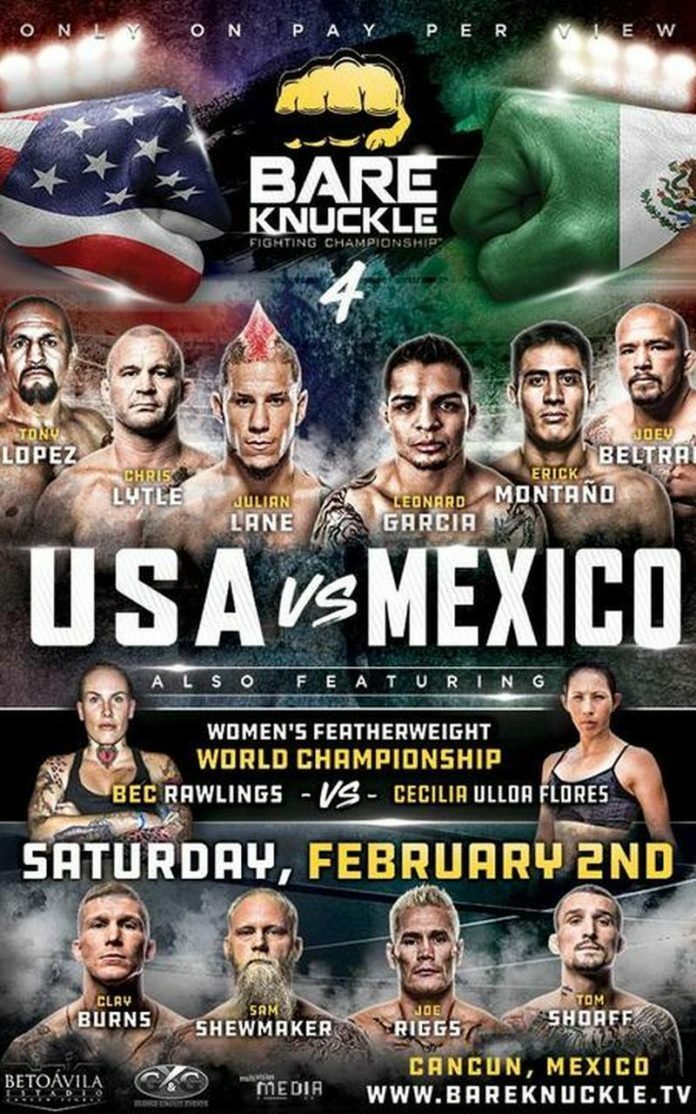 After being away for a couple of months, Bare Knuckle FC is back with a fun fight card tonight, live from Cancun, Mexico.

Bare Knuckle FC 4 is riddled with names that many fans will recognize from the mixed martial arts world. From Bec Rawlings and Leonard Garcia to Chris Lytle and Joe Riggs, the card is loaded to the brim with familiar faces.

Though not the main event, one of the biggest bouts of the night features Joey Beltran and Tony Lopez in a rematch of their insane Bare Knuckle FC 1 clash.

The PPV kicks off at 9pm ET, live on the great Fite TV.