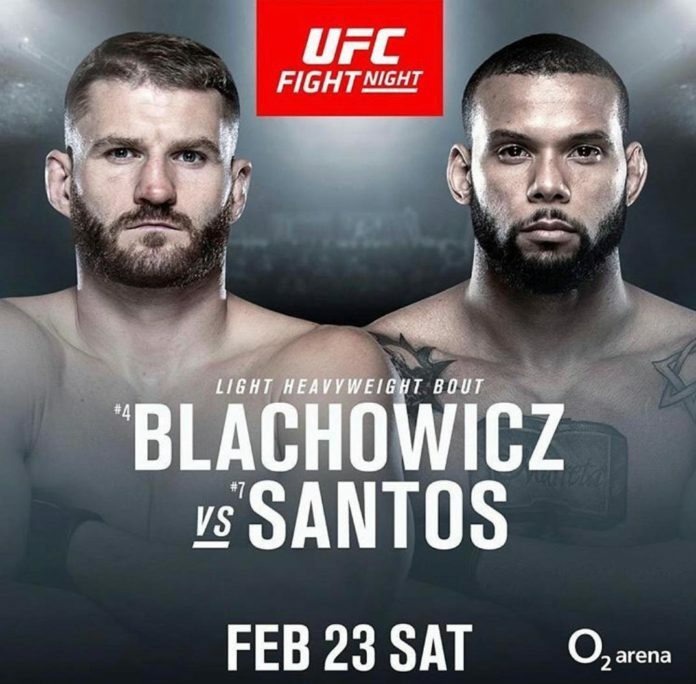 UFC Fight Night 145, the first European show of 2019, goes down this weekend live from O2 Arena in Prague, Czech Republic! In the main event, Polish powerhouse Jan Blachowiz will step into the cage for Brazilian bruiser Thiago “Marreta” Santos. Underneath the pair, all over the card, people are wanting to make a mark with promoters and fans. With uniforms now de rigeur for UFC athletes, one of the few ways they have left to stand out as individuals is with walkout music. Some have a had low-energy entrances. Others just need a boost for their UFC Fight Night 145 walkout songs. That’s why I’m here. As MMASucka.com‘s resident musicologist, I’m here to offer suggestions that would help these fighters become more memorable as a brand. I’m even doing it publicly, for your entertainment. So, without further ado, here… We… Go!

What he should walk out to next: “Break Ya Neck” – Busta Rhymes

Call me old-fashioned, but I don’t understand why fighters think walking out to a song declaring yourself a pimp is on-brand for combat sports. Especially for a woman like Gillian “The Savage” Robertson. Walking out to a song about picking up and disrespecting women just doesn’t seem like a good fit for, well, any woman in combat sports. If she needs that turn of the millenium hip-hop, there are better fits for combat sports. “Break Ya Neck” by Busta Rhymes is a great example, especially for someone like Robertson who has a pair of wins by rear naked choke. You can hear it below.

What he last walked out to: “Sandstorm”- Da Rude

What he should walk out to next: “New Breed (Revolutionary Designed Mix)” – Fear Factory

Unfortunately for “The Bosnian Bomber” Damir Hadzovic, you can’t go around using the signature walkout music of established stars, much less legends like Wanderlei Silva. So he’s going to have to find an alternative to “Sandstorm.” If he needs amped-up, four-on-the-floor electronic music, the Revolutionary Designed mix of Fear Factory’s “New Breed” is the ticket. You can hear it below.