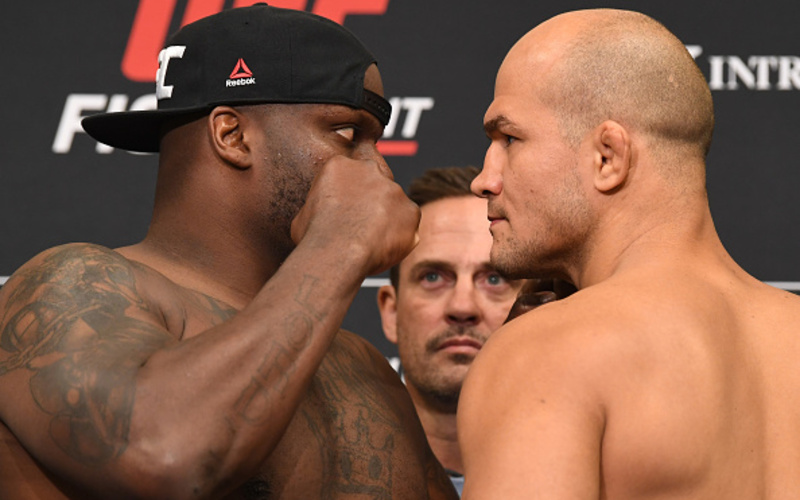 The UFC is making its first trip to Kansas as they head to the city of Wichita for UFC Fight Night 146. The main event will feature a heavyweight fight between a former champion and a former title challenger.

Fresh off his championship loss to current champion, Daniel Cormier, at UFC 230, Derrick Lewis returns to face former UFC heavyweight champion, Junior dos Santos. Prior to the loss against Cormier, Lewis was on a three-fight winning streak with notable wins over Francis Ngannou and Alexander Volkov.

After seeming to be on the decline, dos Santos won his last two straight. His most recent outing came against then undefeated, Tai Tuivasa in the main event of UFC Fight Night 142.

In the night’s co-main event, Brazil’s Elizeu Zaleski dos Santos takes on another talented striker, Curtis Millender. Both fighters are on lengthy win streaks with Millender beginning his UFC career at 3-0.

Dos Santos most recent octagon appearance came last September at UFC Fight Night 137 when he took on Luigi Vendramini. He added to his win streak that night, making it six in a row, as he finished Vendramini in the second round by knockout.

Millender is currently on a nine-fight win streak, making his UFC debut last year at UFC Fight Night 126. He took on former welterweight title challenger that night, Thiago Alves, and finished him by knockout in the second round. Since then, he has racked up wins over Max Griffin and Siyar Bahadurzada, defeating them both by unanimous decision.

Follow along with MMASucka as we provide you with the results throughout UFC Fight Night 146.