With KSW 48 on the horizon set for April 27, 2019, KSW 49 is materializing into an amazing card. Just recently announced was the rematch between Antun Racic and Pawel Politylo. The two fought to a split decision at KSW 40: Dublin in October 2017 with Racic taking the victory. Since then both fighters are 6-0 combined and neither wants their streak to end to the other.

Racic is currently riding a four-fight winning streak with his defeat of Politylo the second victory in that lineup. His last three victories have all come by way of decision. His most recent victory was against Sebastian Przybysz at KSW 46 in December 2018. Prior to that he defeated Kamil Selwa at KSW 43 in April 2018. Racic will be looking for a finish to highlight and earn a four fight winning streak in KSW alone.

The Scent of Revenge

Politylo has had an impressive run of his own. “The Polish Eagle” lost his pro debut to Racic but has won all four bouts since. Two bouts have came in Cage Ring Championships, one in BAMMA, and one in KSW. The most recent, at KSW 47 in March 2019, was a second round TKO against Dawid Gralka. The Phantom Dublin Gym fighter will look to have the home field advantage in his native Poland. 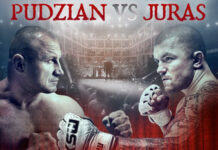 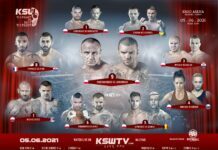