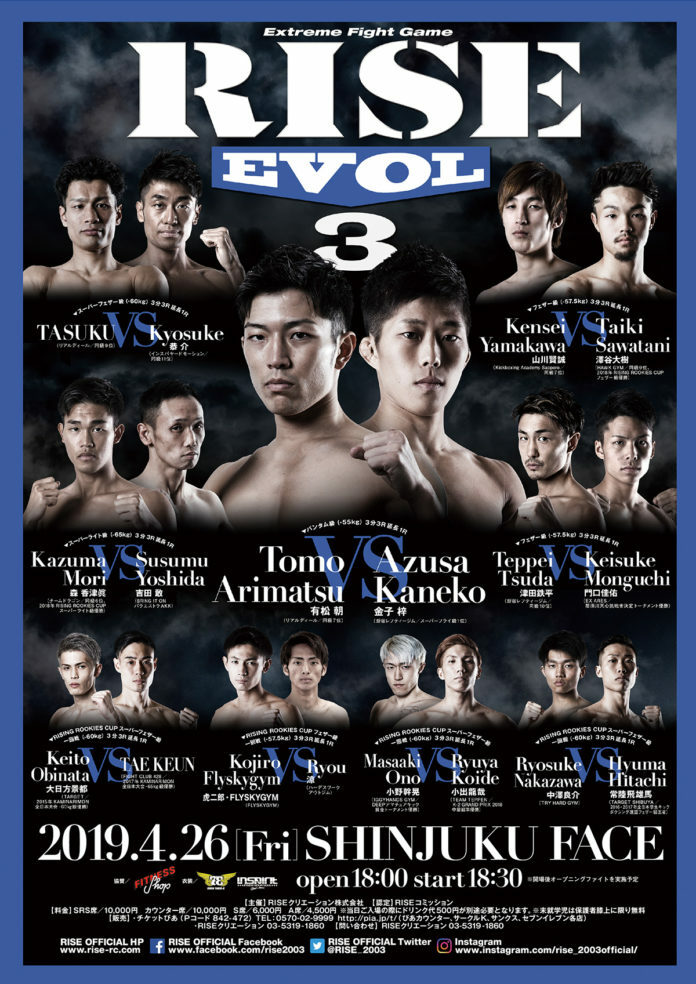 RISE Kickboxing returned yesterday with one of their lower-tier shows in the form of RISE Evol. 3 live from the Shinjuku FACE in Tokyo, Japan.

Topped by Tomo Arimatsu and Azusa Kaneko, the card also featured Taiki Sawatani, Teppei Tsuda, and Kazuma Mori, among others.

Again, if you’re looking for RISE’s bigger cards, don’t expect that here. Check out RISE 131 or RISE World Series 2019: 1st Round for that. Check out full results of RISE Evol. 3 below.