Nick Newell Needs a Step Up in Competition 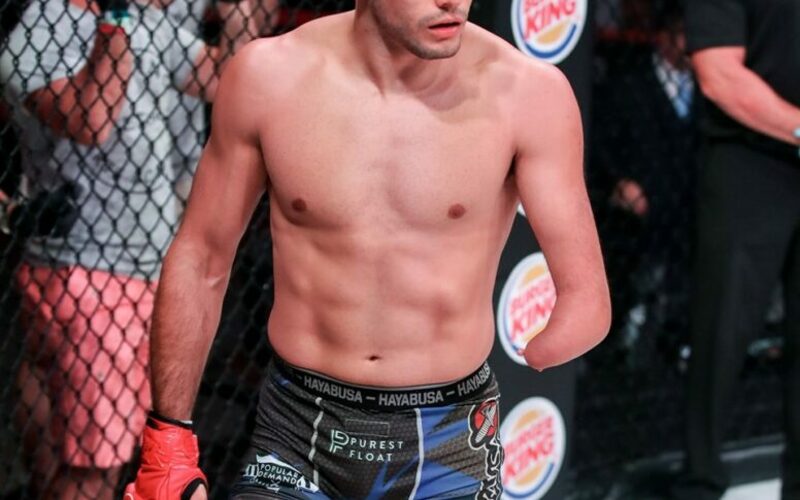 If there was any doubt as to whether Nick Newell was ready for a step up in competition before Bellator 225, there are no longer.

The lightweight came into his contest with Corey Browning (4-2) on the heels of a quick submission at CES 56. Before that, he suffered a much more public loss to Alex Munoz on Dana White’s Tuesday Night Contender Series. The latter bout cost him a shot in the UFC, but it did open the door for other promotions.

Of those other promotions, Bellator was the biggest name. Newell signed a one-fight deal as an opportunity to earn his way onto the promotions full time roster. This time, with a long-term opportunity in one of MMA’s premier organizations on the line, Newell could prove he belonged. Boy did he.

Despite being a fighter developing a reputation as a prospect buster and narrative spoiler, Browning looked like he was never able to find his sea legs. Newell battered him on the feet and established dominant position after dominant position before sinking in the fight ending arm triangle choke at 3:15 of the first round.

After the fight Newell, to the roar of his hometown fans in Bridgeport, Connecticut, announced his arrival in the most emphatic way possible. He had silenced critics and dominated the spoiler. Newell is clearly better than the regional scene he has largely dominated for much of his career.

Nick Newell Needs a Step Up

In Bellator, Newell will find a plethora of appropriately competitive fighters. Benson Henderson (27-8) faces Myles Jury (17-4) at Bellator 227. The winner of that fight would be a suitable next opponent. Or perhaps former lightweight champion Brent Primus (9-1), who is coming off an impressive gogoplata finish. Outside of those two options there are many other fighters for the popular one-armed lightweight.

One thing is clear though: Newell is done fighting entry level fighters. It’s been many years since he lost to human wrecking ball Justin Gaethje, and Newell is ready to face off with world class opposition once again. You don’t get to 16-2 with 13 finishes without being a top-notch competitor, one arm or two. Let’s see how far Nick Newell can go.