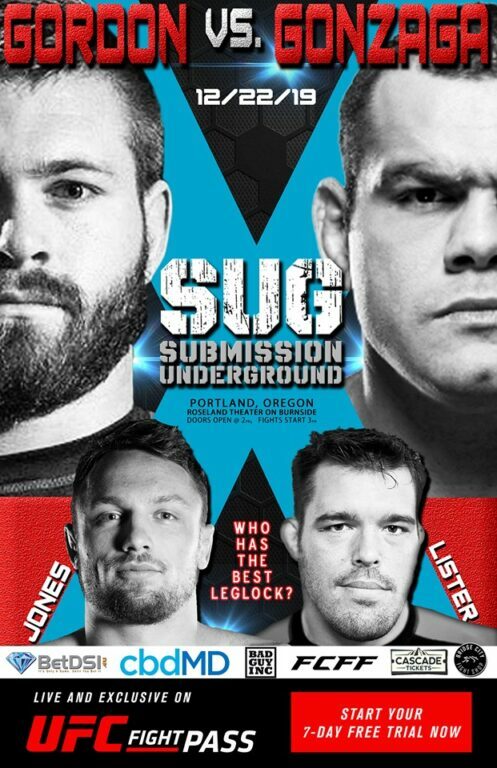 Submission Underground 10 (SUG 10) goes down on December 22 from the Roseland Arena in Portland, Oregon. The main event is a battle between Gordon Ryan and Gabriel Gonzaga.

Ryan was out of action for a portion of 2019 after undergoing knee surgery. The John Danaher black belt is a multi-division EBI champion and ADCC champion.

Gonzaga made waves in the MMA cage, including a run at the UFC heavyweight gold. The Brazilian is known for his pressure game and will look to use that when facing Ryan in the SUG 10 main event.

Also announced for the card is a match between Craig Jones and Dean Lister, who are both known for their leg locks. The two will square off in the evening’s co-main event.

Tickets to watch it live at the Roseland Theater are available now online through CascadeTickets.com, www.fcff.com and Bridge City Fight Shop in Tualatin.