The UFC returns to Las Vegas, Nevada for UFC 248 as it features a championship double-header. In the main event, UFC middleweight champion Israel Adesanya looks to complete his first title defense. He will be taking on multi-time title challenger and one of the more feared men at 185, Yoel Romero. Adesanya will be coming off his impressive performance that saw him win the title over Robert Whittaker at UFC 243. He defeated Whittaker that night in the second round, knocking out the champion to claim the title. At first it seemed that his first title defense would come against Paulo Costa. However, Costa suffered an injury that would force him out of competition for some time. So that is where Romero comes into play.

Romero’s last fight came against Costa last August at UFC 241. The pair fought a very close fight that saw Costa come out on top by unanimous decision. Romero will be fighting in a title fight for the third time in his UFC career. However, one of those times he was ineligible to win due to missing weight. After lots of speculation leading up to UFC 248, Romero made championship weight and will be eligible to win the title.His two previous title fights came against former champion Robert Whittaker. Whittaker would beat him both times in what would turn out to be two of the greatest title fights, especially their war at UFC 225. Now with a new champion at the top of the ladder, Romero will look to win a UFC title at the age of 42, which would make him the second oldest UFC champion ever.

In the co-main event, the first ever Chinese UFC champion Weili Zhang makes her first title defense. Standing in front of her will be former strawweight champion Joanna Jedrzejczyk. Jedrzejczyk looks to regain the title and begin her second title reign, but that will be a tough task against the powerhouse that is Weili Zhang. Zhang won the title in August at UFC Fight Night 157 when she defeated former champion Jessica Andrade in 42 seconds. That win added to her twenty fight win streak that started after her first pro loss. She will be facing possibly her toughest challenge yet when she takes on former champion Jedrzejczyk.

Jedrzejczyk lost the title in 2017 after a TKO loss to Rose Namajunas. Since then, she fought Namajunas again for the title, losing again, and also faced off against Valentina Shevchenko for the flyweight title. She is 2-2 in her last four fights, alternating wins and losses. Her most recent fight resulted in a win as she defeated Michelle Waterson by unanimous decision to earn a title shot against Zhang.

Follow along with MMASucka as we provide you with the results throughout UFC 248.

Kicking off the main card will be a welterweight fight between Alex Oliveira and Max Griffin. Oliveira is currently on a three fight losing streak, dropping his last three to Gunnar Nelson, Mike Perry and Nicolas Dalby. Griffin is 1-1 in his last two, with a win over Zelim Imadaev but a recent loss to Alex Morono.

Next on the main card will be another welterweight contest between Neil Magny and Li Jingliang. Magny has not fought since 2018 when he lost to Santiago Ponzinibbio. Jingliang enters the fight coming off a three fight win streak including wins over Daichi Abe, David Zawada and Elizeu Zaleski dos Santos. 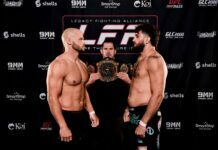