UFC Brasilia and ONE Championship Altered due to Coronavirus 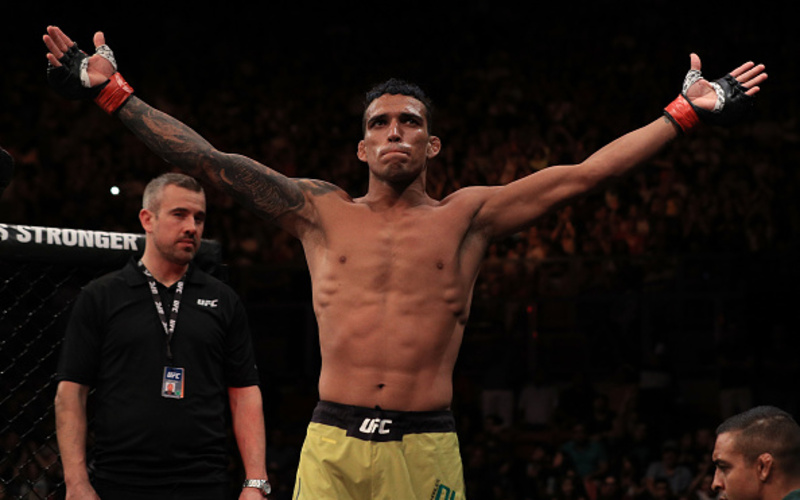 Both UFC Brasilia and all of ONE Championship future events are due to be altered as a result of the recent Coronavirus pandemic. We know the impact of Coronavirus on MMA and now the UFC is taking action. We already know that KSW 53, Ares 2 and a Rise FC event have been cancelled.

Reports coming out of Brazil suggest that the upcoming UFC on ESPN+ 28 card from Brasilia, Brazil will still go ahead, although the card will be in an empty arena. The scheduled media day has been cancelled as have the ceremonial weigh-ins.

The event is headlined by Kevin Lee and Charles Oliveira. Headliner Lee doesn’t seem to mind fighting in an empty arena, stating ‘Let’s us fight’. No surprises here, however, as he would have had the vast majority of the crowd against him. Expect an official UFC statement later today.

I’m good with fighting in an empty arena. Let’s not panic too crazy, let us fight, entertain the people stuck at home. #UFCBrasilia

President and CEO of ONE Championship, Chatri Sityodtong announced that all upcoming ONE events will be completed behind closed doors. In a statement on both Twitter and Facebook, Sityodtong stated that ‘Bar none, the safety of our fans, athletes, staff, partners, and the public is the highest priority for ONE Championship’. We can assume that no events will be completely cancelled in the future, with One still looking to put on 50 events in 2020.

Sityodtong’s full statement can be seen below.

BREAKING NEWS: My team and I have decided to turn all events for ONE Championship into closed-door, audience-free events effective immediately. Bar none, the safety of our fans, athletes, staff, partners, and the public is the highest priority for ONE Championship. All scheduled ONE events with live audiences will now be suspended until at least May 29, 2020 due to the extraordinary COVID-19 global situation.

For the millions of fans at home around the world, the show will go on from the comfort and safety of your living room. Our global broadcast shows behind closed doors will commence in Singapore with an initial schedule of April 17, April 24, May 1, and May 8 respectively. Bout cards will be announced shortly for these broadcast-only shows, and additional dates will be added in the near future. Also, ONE Infinity Series, the world apex of martial arts events, is now slated to kick off on May 29, 2020 in Manila, Philippines with ONE Infinity 1 at the Mall of Asia Arena.

We are operating in truly extraordinary times, but my team and I remain committed to providing you the best sports and entertainment action available anywhere on global broadcast today. ONE Championship will continue to thrill you with the greatest martial artists on the planet and inspire you with their incredible stories. This virus might be on the attack right now, but I believe in the power of the human spirit. LET’S GOOOOO!!! #WeAreONE

We can, unfortunately, expect many more MMA events to take a hit as a result of the Coronavirus. It is highly unlikely that UFC London will go ahead next week in a full arena.  CageWarriors upcoming event also looks to be in jeopardy. Expect an official ruling on these events in the coming days.

Looking ahead, UFC’s cursed 249 main event also looks to be in jeopardy. Whether the card gets moved to an alternative location or goes on behind closed doors, it is too early to tell. If we end up having to cancel Khabib Nurmagomedov vs Tony Ferguson for the fifth time, we can conclude the fight is doomed.

IMO it's inevitable that UFC 249 will not be contested at Brooklyn's Barclays Center. New York has the second most cases of Coronavirus in the U.S. and there's pressure to implement social distancing given NBA's move. Khabib-Tony seems cursed. UFC Apex center could be possibility