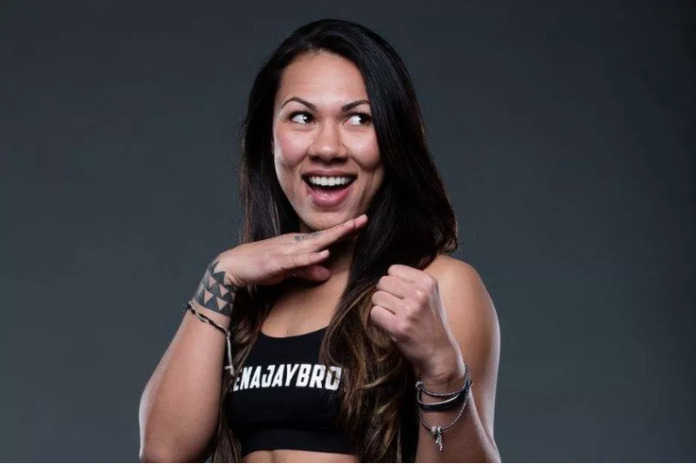 Invicta FC just announced the card for their September 17 event in Kansas City with Ashley Cummins and Alesha Zappitella headlining the show for the atomweight title. The co-main event features Invicta veteran Raquel Canuto (6-6) (nee: Pa’aluhi) taking on Liza Verzosa (5-1). Both are former title challengers, with Verzosa recently experiencing her first loss in March by split decision against Julija Stoliarenko.

The Hawaii native, Canuto, returns to the cage after a two-year hiatus in which she last headlined the main event at Invicta FC 25 with Yana Kunitskaya for the bantamweight title. Following the unanimous decision defeat, Canuto was awarded her black belt by her then professor, Robert Drysdale.

Although Canuto has not been active in MMA for the last two years, that does not mean she has not been staying busy. Since Invicta FC 25, she has since won various IBJJF titles at black belt that include: Worlds silver medalist, Pans bronze medalist, and 2x No-Gi World Champion. Canuto also has notable no-gi wins at Kasai Grappling against Chelsah Lyons and Gabi McComb. In addition, Canuto and her husband, Renato, have added the title of Head Instructors at the Venum Training Center in Las Vegas.
“Lionheart,” as she is affectionately known by her friends and family (and longtime fight supporters), lives up to her nickname. Her husband often credits his wife as being the hardest worker in the room. Her relentless work ethic, coupled with her strong-willed mindset has helped her improve quickly and significantly — which has been proven by her numerous BJJ accolades since achieving the rank of black belt. When Canuto sets her mind to something, she does not stop until she is satisfied.
Canuto’s return to the cage should be just as exciting since she left it. Catch it live on UFC Fight Pass on Thursday, September 17.
Main Image: