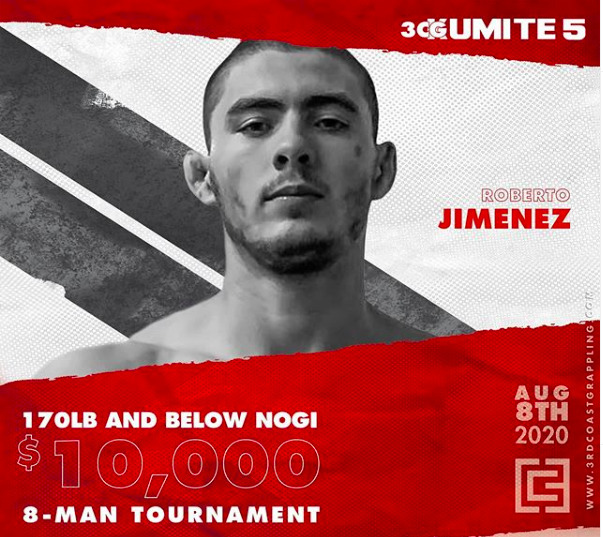 Let’s start with some notable changes to the main card that includes Kade Ruotolo replacing ATOS teammate, Jonnatas Gracie in the 8-man tournament. Kade will be on the opposite side of the bracket as his brother, Tye, who will be facing TriStar’s Oliver Taza in the first round. Could we see a Ruotolo vs Ruotolo final or will the fan predictions prevail with a “friends who fight” final between Roberto Jimenez and Renato Canuto? Either way, all of the first-round matchups will surely light up the 3CG stage. With $10K on the line, it should be anything but boring. After all, their unique ruleset favors action rather than stalling strategies. 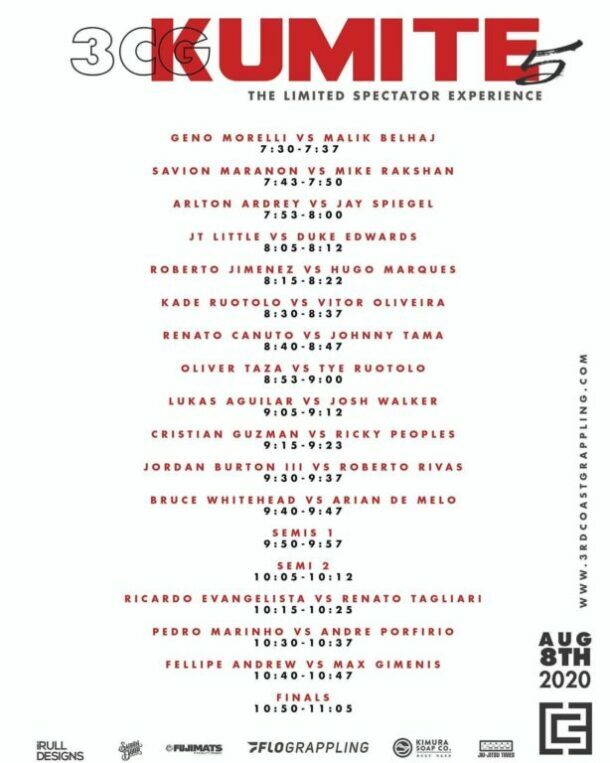 Speaking of Jimenez, he’s going for his second 3CG title as well as his third shot at $10K. He has already been successful once, but can he cut 20 lbs for the event and take home another $10K? Between 3CG and Submission Underground, Jimenez is a competition workhorse that seems to be competing as much (and as often) as he can. Perhaps that is the benefit of being a 20-year-old black belt.

Then there is Canuto. Known for his extremely exciting fighting style with flying armbars and backflip passing, he has been making waves since he got his black belt in December 2016. Although Canuto is keen on the ruleset of whatever event he is fighting in, he is smart enough to play within the ruleset while pushing the limits until time or submission (whichever comes first). Canuto last competed in February at Kasai Grappling, in which he fell short to Dante Leon by points (5-4) in an all-out barn burner of a match. Since then, fans have been eagerly anticipating Canuto’s return with every professional BJJ event. Thanks to 3CG, we didn’t have to wait much longer.

With Adam Bradley out with an injury, Andre Porfirio quickly stepped in to face Pedro Marinho. Renato Tagliari replaces Ricardo Demete against Ricardo Evangelista, Arian De Melo replaces Felipe Rocha, and Fellipe Andrew now faces Max Gimenis. Despite last-minute dropouts, 3CG did not have to look very hard (or very long for that matter) for replacements on such short notice.

3CG is leading the way regarding COVID-19 and have been doing everything they can think of to mitigate risk (testing/screening) while keeping the environment fun. Moving forward with their events, they are asking that everyone who attends their event wear a mask. With the exception of eating or drinking (they’re also giving out free beer), everyone except kids and teens should be wearing a mask. If you don’t have a mask, they will be providing the first 100 through the door with free, custom 3CG masks. They will also have masks for sale at the event. Competitors will also be required to wear masks unless they are warming up, competing, or have food or drinks in hand.

In other exciting 3CG news, they recently announced that they will be hosting their first female Kumite event in September. The event will feature the best – 160 lb female gi competitors, with another $10K up for grabs. Black belts Andressa Cintra, Luiza Monteiro, Ana Carolina Viera, and Raquel Canuto have reportedly been confirmed with more event announcements to follow. 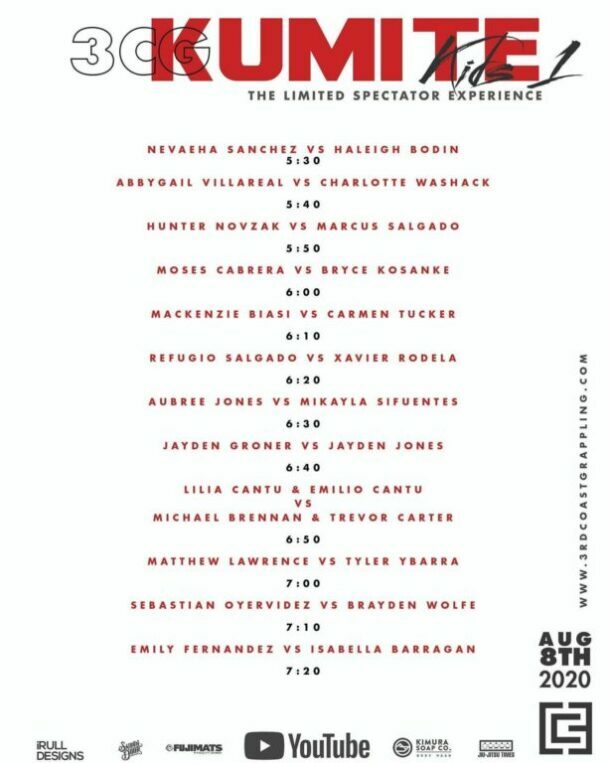 The main card will start on FloGrappling at 7:30 pm CST / 5:30 pm PST. Additionally, there will be a Kids Kumite undercard that starts at 5:30 pm CST that will be streaming FREE on 3CG’s YouTube channel.