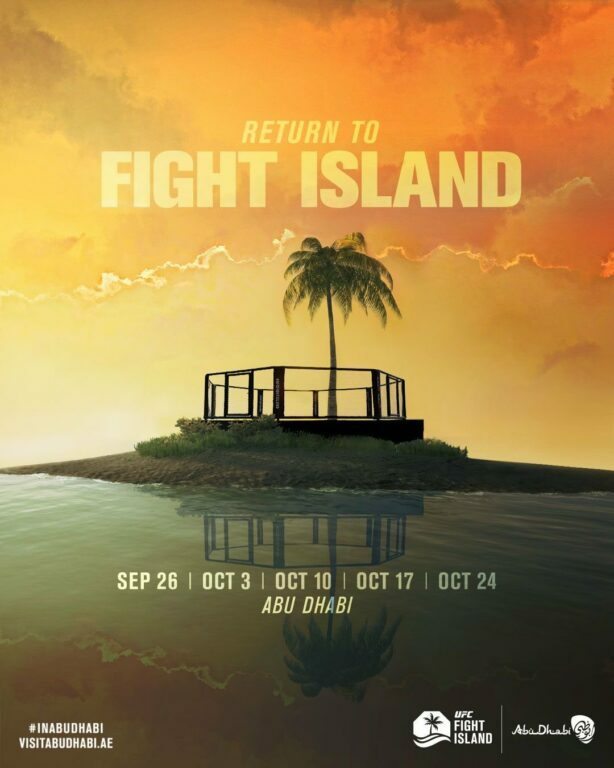 UFC 253 is headlined by a middleweight title fight between champion, Israel Adesanya and Paolo Costa. Someones 0 has got to go in this one. The champ is 19-0 with 14 finishes, including three within the UFC. Although his last bout with Yoel Romero was, well, truly awful, he did enough to regain his title.

Brazillian, Paolo Costa is 13-0, with 12 finishes, including four in the UFC. His competition at UFC level hasn’t been the as high as Adesanya’s, but he has been impressive.

What is interesting is that both men’s most recent fight was against Yoel Romero. Adesanya’s fight was instantly forgettable (if it wasn’t rememberable for being a snooze fest). Over five rounds, a combined 88 total strikes were landed. TOTAL. Six strikes were landed in the first round and that very much set the tone for the fight.

When Costa faced Romero, 143 total strikes were landed over just three rounds. That tells you everything you need to know about the fight and it also gained fight of the night honours. In a very close fought battle, Costacame away with the W, although it wouldn’t have surprised anyone if Romero would have gotten the nod.

What happens in this fight? Who knows. We’ve seen Adesanya prepare and go five rounds multiple times, whereas with Costa, he looked slightly fatigued at the end of just three rounds with Romero. It is certainly the point striking kickboxer in Adesanya, against the hard-hitting Costa. Expect fireworks.

Without a doubt, the co-main event is the one to watch at UFC 253 on Fight Island. Poland’s Jan Blachowicz takes on America’s Dominick Reyes for the light heavyweight belt. Following Jon Jones decision to relinquish the belt, it’s up for grabs on Fight Island.

Expect this one to be a close affair, with Reyes coming extremely close in first title opportunity. Blachowicz is long overdue a shot at the title and has been nothing short of deserving as of late. Enjoying a run of 7-1 in his last eight fights, including four finishes, Blachowicz is certainly ready.

Finally, the 205lbs division is moving on, in the right direction.

Headlined by former champion Holly Holm and the ever exciting, Irene Aldana, this one is set to determine the next bantamweight title contender. Originally set to headline the August 1st UFC Apex card, this one finally goes ahead. Aldana tested positive for COVID-19, hence the rearrangement.

Holm’s form has certainly been inconsistent since snatching the belt from Ronda Rousey back in 2015. Since that famous fight, she has gone 3-5, including four losses in title fights. Her most recent fight was forgettable when she out worked Raquel Pennington back in January. If Holm was to win this one, it would be the first time that she has won back to back fights since capturing the belt in 2015.

Aldana has been extremely impressive in recent years. 5-1 in her last six bouts, with wins over two opponents who missed weight, Aldana is on a role. Fresh in our memories is her brutal knockout of the previously undefeated Ketlen Viera at UFC 245. Aldana could easily be the next contender for the 135lbs belt should she get through Holm.

Keep an eye out for Carlos Condit vs. Court Mcgee on this card. Two absolte veterans of the game go head to head. This is very much last chance saloon (it appears) for Condit. Since his epic fight with Robbie Lawler back in 2016 at UFC 195, Condit has had an awful time of it. A stat that isn’t flattering for fans of ‘The Natural Born Killer’, he hasn’t won back to back fights since 2012. He is 2-8 in his last 10 fights and is on a five fight slump.

McGee won The Ultimate Fighter season 11 but has failed to hit the heights we predicted. 1-4 in his last five reads for horrible reading. Despite this, he always comes to scrap and this can lead to exciting fights.

This one will be two of the nice guys of the sport going at it and hopefully putting on a great fight.

UFC Fight Night 179 sees two bantamweight square off for what promises to be a close affair. Former WSOF champion and UFC title challenger Marlon Moraes takes on the ever exciting Cory Sandhagen. This fight epitomises that you’re only as good as your last performance and these two guys had tough ones.

Moraes took on legend, Jose Aldo. Although he got the decision victory in this one, many thought that he, in fact, lost the bout. Prior to this, he lost (convincingly) to Henry Cejudo in a title bout, despite dominating in the first round, he gassed out and ultimately was finished in the third round. Moraes has what it takes to be a champion in the UFC, but he must get past Sandhagen beforehand.

Sandhagen started his UFC career with five straight victories. Then… he ran into Aljamain Sterling. In a PPV that really showcased what the 135lbs division had to offer, Sandhagen fell at the hands of Sterling in the first round. Suffering a dominant first-round rear-naked choke loss, Sandhagen suffered his first set back since 2017.

The winner of this one is set to position themselves right back in the mix at bantamweight.

Featherweight strikers Edson Barboza and Sodiq Yousuff compete for a place in the top 10 at 145lbs. Although Barboza is yet to get a W at 145lbs having dropped his divisional debut to Dan Ige, don’t let this fool you. Barboza has devastating knockout power, just as Terry Etim, Beneil Dariush or Dan Hooker.

Similarly, Yousuff can bang. With six knockouts in his 11 wins, Yousuff is a hard hitter. Undefeated since 2017, Yousuff has really made a name for himself at 145lbs. Most recently he impressed against Andre Fili.

Ah the long overdue one. The return of Brian Ortega for the first time since 2018. The return of The Korean Zombie. This is an exciting one. Finally, it goes ahead on Fight Island. This one has been rumoured for so long now that it is exciting that it’s finally happening.

Ortega’s journey to the title was spectacular. He finished six straight fights and came into the title fight with Max Holloway as the favourite. Unfortunately for T-City, he was truly dominated at UFC 231. He had no answer for the striking of Holloway and ultimately suffered a TKO loss.

Chan Sung Jung has been unstoppable (almost) since his return. Although he was knocked out by Yair Rodriguez in the final second of their bout, he went on to knock out Renato Moicano and Frankie Edgar after this. The hard-hitting former title challenger has only gone to a decision four times in his 21 fights and never has seen the final bell in the UFC.

The winner of this one certainly catapults themselves into the title picture at featherweight.

At women’s flyweight, Katlyn Chookagian takes on Jessica Andrade. The former title challenger, Chookagian returns following a truly dominant win against Antonina Shevchenko. She will be looking to put herself back in the title picture with a win on Fight Island.

Undisputed lightweight title fight. Excited? Everyone is. Khabib Nurmagomedov will stand across from Justin Gaethje for the final fight on Fight Island. The dominant 28-0 champion returns to Abu Dhabi for the second time in the UFC.

With unparalleled wrestling at 155lbs, Nurmagomedov has barley lost a round in his career so far. Set to compete for the first time since losing his father, Nurmagomedov will certainly be motivated for this one. Arguably the toughest test of his career, will we see Nurmagomedov dominate like he usually does?

Since the alteration of his ‘zombie like’ style, Justin Gaethje has dominated his opponents. Four straight knockout victories, all of which have been in main event slots, the interim champion is ready for a shot at undisputed glory. Most recently, Gaethje snapped Tony Ferguson‘s 12 fight winning run.

What is so exciting about this one is that Gaethje has arguably better striking that Nurmagomedov. Also, despite the fact we haven’t seen it in his UFC tenure thusfar, Justin Gaethje has solid, solid wrestling. With NCAA division 1 experience, we have to wonder how well he will deal with the sambo style of ‘The Eagle’.

What an amazing fight to end this series of Fight Island with, an undisputed lightweight title fight.

Do not miss any fight on this card, especially the main card. This is one of the strongest main cards the UFC have ever put on. Do yourself a favour and don’t miss a second of it.