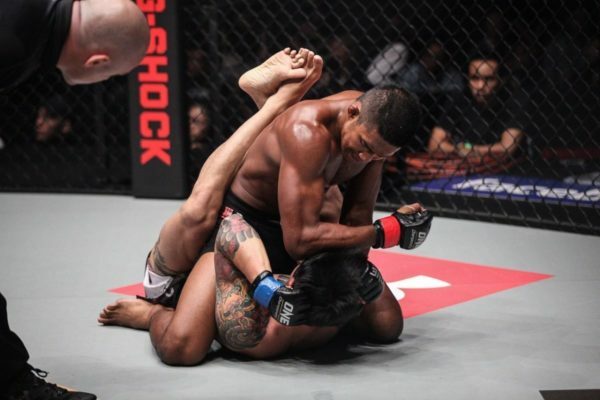 Amir Khan has struggled to find a foothold in ONE Championship’s lightweight division as of late, but when he returns to action on October 9 at ONE: Reign of Dynasties against Rahul Raju, he will be competing for much more than a victory.

Khan’s father, Tajudeen, was diagnosed with Stage IV cancer, lymphoma of the brain, and given 3-6 months to live.

Not wanting to live out his final months in suffering, Tajudeen has foregone chemotherapy treatments. A decision his family is respecting. It will make Khan’s bout on Friday one of the last times he will ever be able to perform in front of his father.

In an interview with ONEFC.com, Khan said, “He doesn’t want me to go on living depressed or being affected by this scenario, so I’m just trying to make each day count and be positive. And who knows, he might live longer.”

Tajudeen has been a fixture at Khan’s bouts over the years. He has been an ardent supporter of his son’s career, and it has been something the father and son pairing have bonded over. The Singaporean has shared his experiences with Tajudeen by taking him backstage and found inspiration in his dad’s happiness from watching him compete and succeed as a martial artist.

Khan’s motivation for his meeting with Raju is to give his father one more happy memory. The Evolve MMA trainee wants to put on a show and earn his 11th career finish in mixed martial arts competition.

But to do so, he’ll have to turn the tide on his current trajectory.

Two of those losses have come against two of the world’s best lightweights, Eduard Folayang and Saygid Guseyn Arslanaliev. The Singaporean was able to close out 2019 with a win over Ev Ting, but found himself back on the losing side of the coin at ONE: King of the Jungle in February against Kimihiro Eto.

A win against Raju will be crucial for Khan to re-establish himself in the division, but that is secondary to what he is genuinely battling for at ONE: Reign of Dynasties.

Emotions will be high for the contest, and if Khan is able to channel that into his performance, fans will be in for a wild ride on Friday. It could be the sleeper for the best bout of the night.

Nonetheless, win or lose, the lightweight is sharing this stage with his father. That is something that will never be defeated.