Bellator has been getting really interesting. The middleweight division has a new champion and new contenders. The Featherweight World Grand Prix is underway. With Michael Chandler out of the picture, the lightweight division needs a new star. Vadim Nemkov is leading the march in the light heavyweight division and Cris Cyborg is sitting atop the women’s featherweight division. With such a wild 2020, Bellator’s 2021 could be the biggest year ever for Scott Coker and company.

After edging out Cheick Kongo at Bellator Paris, Timothy Johnson is in line for a title shot. The Minnesota native has strung together an impressive three-fight win streak over top heavyweight contenders Matt Mitrione, Tyrell Fortune, and the aforementioned Cheick Kongo. Current heavyweight champion, Ryan Bader, suffered a TKO loss in his last fight against Vadim Nemkov, losing his light heavyweight title. Bader, who hasn’t defended the heavyweight title in over a year, is due for a heavyweight clash early in 2021.

Upon his masterful first-round finish of Cal Ellenor, James Gallagher‘s future has never looked brighter. The 135lbs submission artist has suffered just one loss in his career back in 2018 to Ricky Bandejas. Since then, the Irishman has strung together an impressive four-fight win streak. Patchy Mix, who suffered his first professional loss to current bantamweight champion, Juan Archuleta, could bounce back in a big way if he could defeat the “Strabanimal”. With Archuleta’s next title defense likely to be against Sergio Pettis, this fight could determine who would be next in line for a bantamweight title shot.

Dillon Danis vs. Anybody (Welterweight Division)

Dillon Danis is perhaps the most annoying mixed martial artist in the world. His online beef with pretty much anybody has grown wildly tiresome. Danis, who holds an immaculate professional record of 2-0, hasn’t stepped foot in the Bellator cage since June 2019. As the old saying goes, “Action speak louder than words” – its time to return to the cage and rest your fingers from your social media spats. With the welterweight division stacked with talent, the New York native could face any number of guys, including Neiman Gracie, Erick Silva, and Lorenz Larkin.

Bellator is getting hot, and 2021 could be huge

There are plenty more exciting fights that could and should be scheduled for early 2021. The return of Kyoji Horiguchi and a welterweight title defense are a few more great fights that need to happen. What do you want to see from Bellator in 2021? 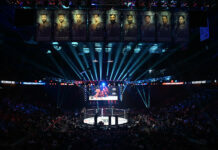 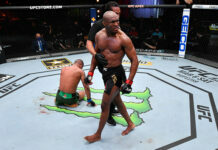 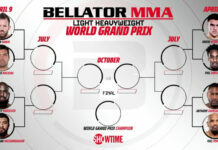