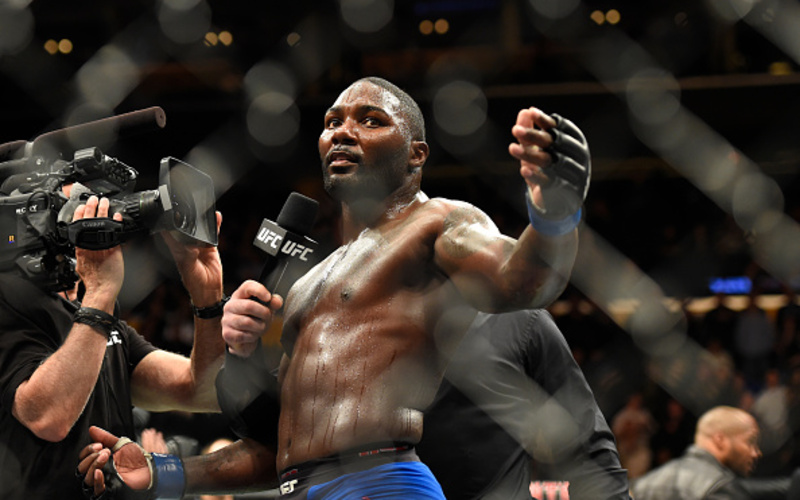 In a surprising turn of events, former UFC light heavyweight title contender Anthony “Rumble” Johnson is set to fight in the Bellator promotion in the coming future after mutually parting ways with the UFC.  The news was first reported by ESPN’s Ariel Helwani.

According to multiple sources, Johnson has not yet confirmed the deal with Bellator but has already agreed to terms with the promotion, and he is looking to sign very soon. The American is looking to debut for Bellator in the first half of 2021 at light heavyweight.

Johnson, 36, last fought in April 2017 at UFC 210 for the light heavyweight title but came up short as he lost to then champion, Daniel Cormier by Round 2 submission (rear-naked choke).  “Rumble” announced his retirement immediately after his defeat in his post-fight interview and has not fought since.

A fan favorite, Johnson was well known for his vicious knockout power which excited fans.  He made his UFC debut in 2007 and started his career as a welterweight and has fought as high as a heavyweight.

Whatever route Bellator elects to go with Rumble Johnson, there will be exciting fights for him. If they wanted to, they could book him right away for a title shot against champion Vadim Nemkov. The hard-hitting Melvin Manhoef is another option. Phil Davis is another option, who is 9-2 in Bellator with his only two losses coming to Nemkov and Ryan Bader, both world champions. Davis is riding a three fight winning streak.