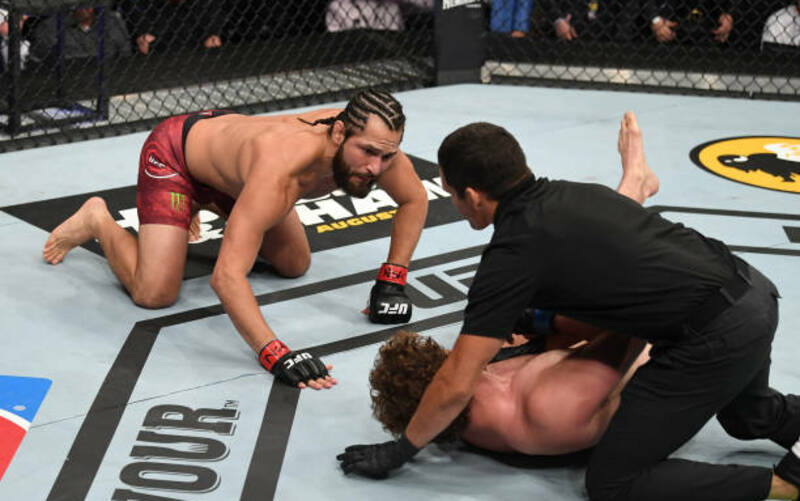 UFC welterweight and BMF champion Jorge Masvidal has revealed that he is going to quit Twitter. The news comes after the social media platform banned Donald Trump “due to the risk of further incitement of violence”.

In what could be his final tweet, Jorge Masvidal stated that he was to “Follow the leader” off Twitter. Masvidal is a vocal fan of the soon to be former president, speaking at various rallies in the build-up to the 2020 US election.

Not too many places I ain’t been kicked out of and since all the cool kids have been kicked off Twitter…. 🖕🏼 @jack Follow the leader. Ala din my way out of here #supernecessary

Masvidal enjoyed a lot of commercial success in 2020. The Cuban became the cover star of EA Sports UFC 4, alongside middleweight champion Israel Adesanya. Although he lost his first UFC title fight to champion Kamaru Usman, there is still plenty of buzz over “Gamebred’s” potential return to the octagon in 2021.

Recently, most of the speculation over Jorge Masvidal’s return has centred around fellow Trump fan Colby Covington. Covington is no stranger to controversy, describing ex-champ Tyron Woodley a “domestic terrorist sympathizer” for his support of Black Lives Matter. Both fighters are huge personalities and the matchup would be an excellent option to headline a fight night card this year.

The pair also have a personal score to settle. Covington and Masvidal were good friends once upon a time, with Covington even being described as sleeping on Masvidal’s couch. However, the American Top Team duo swiftly started to distance after Covington fell out with the coaching team at the gym. If the two do finally face-off, UFC fans around the world will be wise to expect fireworks.