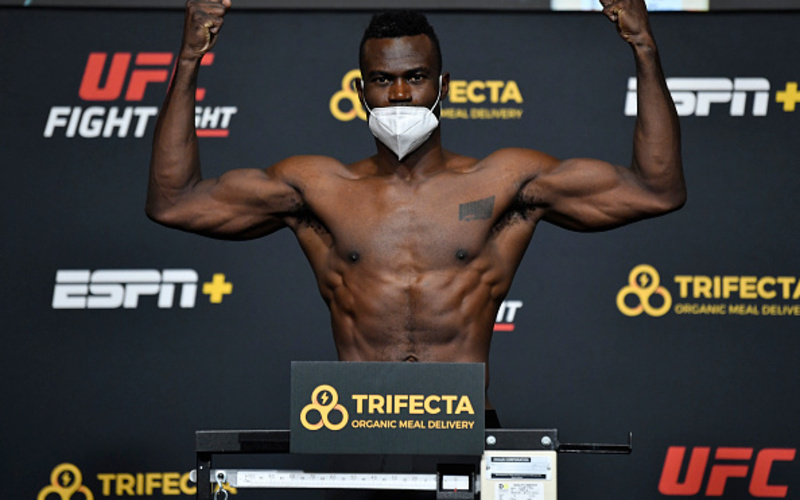 UFC 261 will take place in front of a full crowd in the Jacksonville Arena. Kamaru Usman defends his welterweight strap in the rematch against Jorge Masvidal. There are three world-class title fights on the billing and some very attractive underdogs lower on the card. That being said, here are two UFC 261 betting tips to help you win big this weekend.

Uriah Hall (16-9) is having a career comeback that very few thought he could have. After battling through numerous mental health issues, it is impossible not to praise Hall for the strength that has underpinned this resurgence. Hall is on a three-fight win streak, and all three bouts have demonstrated a different skill in his arsenal.

The first of these fights was a gritty comeback knockout victory over Bevon Lewis. Hall proved many wrong about how he could deal with adversity inside of the octagon and it is no surprise that the confidence he gained in that victory has carried on on his recent run. Against Antonio Carlos Jr. Hall showed significantly improved takedown and submission defence, demonstrating that his game was becoming more well-rounded. His most recent victory was a dominant knockout win over the legend Anderson Silva. Hall showed patience and great striking throughout the bout, and is finally looking like a complete martial artist as opposed to *just* a fearsome knockout artist.

The betting lines are a bit strange on this one. If this fight was five or six years ago they would make sense, but now, it is almost indefensible to have Weidman as the betting favourite. Chris Weidman (15-5) has lost five of his last seven fights, with every single one of those losses coming by way of devastating knockout. Traditionally, Weidman is Hall’s kryptonite, a solid striker with crushing top pressure. However, considering his physical and technical decline it is unlikely he will be able to perform to the levels he once did in this rematch.

Hall will be incredibly confident that if he finds Weidman’s chin he shall shut the former champion’s lights out. Weidman has looked a shell of his former self for numerous years now and, for that reason, Hall is the first of these UFC 261 betting tips.

Tristan Connelly’s (14-6) last octagon appearance was a stunning upset over Michel Pereira. Connelly moved up to welterweight on short notice to beat a far bigger man, with far more hype in the 170-pound division. Connelly was able to show grappling dominance despite the size difference, a testament to his wrestling ability. Connelly is coming off a long layoff due to a neck injury suffered in a car accident but will be looking to continue to make waves in the UFC with a victory over a very legitimate opponent.

Pat Sabatini (13-3) is another well-rounded fighter. The 30 years old featherweight combines some solid power on the feet with an excellent submission arsenal. If either man is able to assert a top position, it will likely be a very long night for their opponent. Sabatini will be very aware that Connelly’s cardio is not his best quality, and will likely be very confident of taking control of the fight in the third round.

Connelly should have the physical advantages and although Sabatini has the tools to win this bout, Connelly still carries great value in this bout. Therefore, Connelly is the second underdog pick of these UFC 261 betting tips.

Thanks for reading these UFC 261 betting tips! Stay tuned right here at MMA Sucka for more live streams as well as videos highlighting the top fighters, commentators, coaches, promoters, and other names in MMA and combat sports. We also bring you great offers on the latest MMA products and merchandise. You can also subscribe to our YouTube channel for regular updates and all the latest fight news. You can also check out our sister site, at TheFightBuzz.com for the latest from the world of MMA and other combat sports.
Comment on this article
Give us feedback