Since his K-1 debut at just age 21, Badr Hari was always destined for greatness. When Hari was still in his teens his trainer proclaimed him to be already the best kickboxer on the planet. The Moroccan-Dutch kickboxer exploded onto the scene as a cavalcade of violence and today holds knockouts over some of the greatest kickboxers who ever lived. In a different timeline, Hari would be the greatest kickboxer of all time, but instead, he’s the greatest runner-up in history.

“Badr Hari is a genius of kickboxing. This exquisite combat expert has shown a capacity for artistic violence that is difficult to qualify and quantify with only the language we currently use to commentate contemporary fight sport.” Analyst Robin Black recently spoke at length on the greatness of Hari, even calling him the greatest kickboxer in history. “The genius of Badr Hari is too sophisticated to appreciate with only performative compliments and hype. The masterful manipulation of order and chaos, the separation and recombination of simplicity and complexity. This is the genius of Badr Hari.”

From his mid-teens, it was incredibly clear that Badr Hari was destined for greatness in kickboxing. At that time, his trainer, Thom Harinck, said Hari had “More talent than Branko Cikatic and Peter Aerts combined.”

“Arguably the most exciting knockout artist to ever step inside the hallowed K-1 ring,” Michael David Smith of MMAFighting wrote in 2009, “Badr Hari is a young man with the world at his feet who finally seems ready psychologically and physically to capture the crown experts have prophesied would be his since his teenage days.”

His Own Worst Enemy…

“It often seems as if his toughest opponent has been himself,” GLORY kickboxing writes on their bio of Badr Hari. “The spirit which drives him to succeed is also a demon which has sometimes driven him to darkness.”

“[Badr Hari] has beaten some of the best fighters in the world during his career but has also beaten himself.” Fight Sports said of Hari, “His name has been linked to arrests, assaults and jail time outside of the kickboxing ring, and is synonymous with two disqualifications inside of it.”

In 2008, Hari only aged 24, knocked out two all-time great K-1 heavyweights in Peter Aerts (108-35-2) and Errol Zimmerman (82-28-1), and he forced a doctor stoppage against the notoriously tough Ray Sefo (56-22-1). Previous to that, in 2007, he only needed 35 seconds to knock out Yusuke Fujimoto (27-17), to earn a vacant K-1 Championship Belt*. Badr Hari was preordained for World Grand Prix Championship success and was a clear favorite in 2009. He was on a course of violence, and where are the championships?

With furious knockouts, he dispatched his opponents with ease during the 2008 K-1 World Grand Prix. He made it to the final match against then two-time world WGP Champion Remy Bonjasky (78-20). The two had met a year earlier, Dutch-Moroccan had lost to Bonjasky by a narrow decision and now Hari was hungry for revenge.

Badr Hari scored knockdowns on Bonjasky in the tournament final then followed up these knockdowns with strikes on the ground, including a stomp. Hari was cruising to a quick and brutal knockout victory, which would have etched his name among the echelon of great kickboxers. Instead, Hari was disqualified in a fight he was dominating, they would also strip him of his K-1 Championship. Bonjasky would become a three-time WGP champion, Hari would stay at zero.

The next year in 2009 Badr Hari was a heavy favorite to win the K-1 World Grand Prix. He was on a trail of violence. He only needed 45 seconds to knock out the most decorated kickboxer in history, the Dutch-giant Semmy Schilt (26-14-1). Next, he followed it up with first-round knockouts against both Zabit Samedov (102-9) and Ruslan Karaev (22-7). Hari even avenged a previous loss to Alistair Overeem (10-4) with another first-round finish.

Now, after a series of first-round knockouts, blazing a trail of blood to the finals, Badr Hari would meet Semmy Schilt in the WGP final. An opponent he met only a few months earlier and knocked him out with ease. Instead of a violent finish for Hari, Schilt put a stop to Dutch-Morrocan’s ascent and ended the fight via TKO in the first round. This would give Schilt his fourth K-1 WGP Championship, Hari would stay at zero.

Badr Hari would pick himself up and win his next two fights. He would then defend his It’s Showtime Heavyweight Title against the Egyptian striker Hesdy Gerges (51-19-1). Hari would find himself winning the match, overwhelming his opponent with a tornado of strikes. Gerges would fall to the mat on a trip and Hari kicked him while he was down. This was a clear rule violation and Hari was disqualified. Hari lost his heavyweight title, in a match he was winning, due to a disqualification.

Badr Hari and Hesdy Gerges would rematch many years later with Hari taking a decision win initially, and then having it later be overturned due to testing positive for performance-enhancing drugs.

After the fall of the combat sports boom of Japan, the Dutch organization GLORY Kickboxing would pick up the title as the premier kickboxing association. They centered their heavyweight picture around a young and dominant Dutchman Rico Verhoeven (58-10). Verhoeven, the musclebound giant, would win a GLORY Heavyweight Tournament, the GLORY Heavyweight Championship, and then defend it in multiple bouts before meeting Badr Hari who was on a multi-fight knockout streak.

Hari had mostly dispatched and dealt with the previous generation of kickboxers in K-1. He had reached for championships there and nearly took it all. Now, years later in 2016, and still in his athletic prime, Hari had an opportunity to carve his name upon the next generation of heavyweight kickboxing.

In the first round, Hari would fight aggressively and overwhelm the young GLORY champion. The Dutch-Moroccan landed more strikes and even opened a cut on the face of Verhoeven. In the second round, the two would trade strikes but a knee in the clinch would end the night for Hari. The knee had broken his arm and he was unable to continue. A fight he was winning, against the heavyweight champion, would end as a TKO loss due to injury.

But Verhoeven and Badr Hari would not be done yet. Verhoeven would continue to gain prestige and defend his championship belt in more bouts. The two would re-match in front of the 31,000 fans in Arnhem, Netherlands in 2019. This fight would have 3.5 million live viewers on Dutch television, which was more than fifty percent of viewers in the country. This is the second most-watched sporting event in Dutch history.

Two greats settling a score. Hari still seeking the gold to add to his illustrious career. In Verhoeven vs Hari II, the two would trade heavy shots throughout the fight. Hari was landing well and scored two knockdowns against the Dutch champion. The championship was getting closer to Hari. In the third round, he threw a spinning back kick which broke his ankle. He was unable to continue. He had lost another championship due to injury.

Following his championship bout, he would fight Benjamin Adegbuyi (35-6) and have early success, scoring a knockdown, before losing via KO. This past weekend Hari would fight a relatively unknown Polish fighter in Arkadiusz Wrzosek (13-5). Hari was dominating this fight before suffering a KO loss in the second round.

Greatness and championships were constantly on his horizon and were always taken away due to injury, knockout loss, or disqualification. Both titles held by Badr Hari would be lost due to disqualification. He was blazing through his competition. Knocking out legends. Defeating then losing to the same opponents.

In a different timeline, a few different decisions in and out of the ring, Hari could be the greatest kickboxer of all time. He could be a champion across multiple generations. In each loss, he was dominating with heavy kicks and punches. Instead, officially Badr Hari is a two-time disqualified champion, 0-2 in GLORY championship fights, and a two-time K-1 WGP runner-up.

“You are disappointed. I’m disappointed.” Hari wrote on Instagram,” The result is not good. It’s hard to see the positive side of this fight today…The result is frustrating, but the way is very encouraging…I will make you proud.” 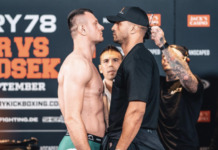 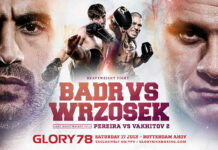