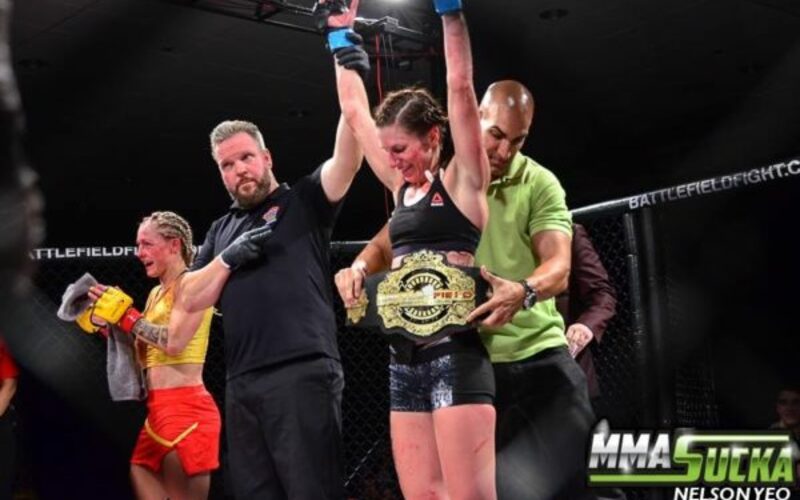 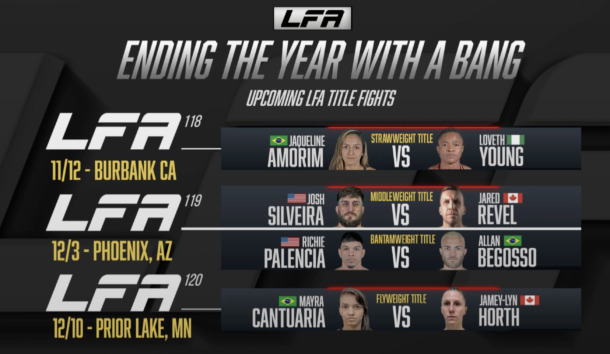 Revel (11-2) has been on the big show radar for some time now. He’s riding an impressive six-fight winning streak, with four of those coming by stoppage. His most recent outing was in October 2020, when he made the trek to Brazil to take on veteran Sergio Moraes. ‘The Rebel’ was able to pick up a unanimous decision in enemy territory. Silveira (6-0) began his pro career in 2019 and has amassed a perfect 6-0 record over the past two years. The 28-year-old earned the LFA light heavyweight championship in his last outing, with a devastating 49-second head kick knockout of Tee Cummins at LFA 115.

The two will tussle at LFA 119 on December 3 in Phoenix, Arizona.

Wessels (4-0) has had a terrible time finding opponents to fight her. She has fought the majority of her career under the BFL banner, with one fight happening in Gatineau, Quebec with TKO. Most recently, the Squamish native, who trains at The Sound Martial Arts, won the BFL championship with a beautiful body kick to finish Jade Masson-Wong at BFL 65 in February 2020. Cantuaria (9-3-1, 1NC) is riding a six-fight winning streak, dating back to 2018. In her most recent outing, the Brazilian earned a TKO stoppage of Patricia Borges at SFT 27 in July.

This match-up at LFA 120 on December 10 in Prior Lake, Minnesota will be both women’s LFA debuts.