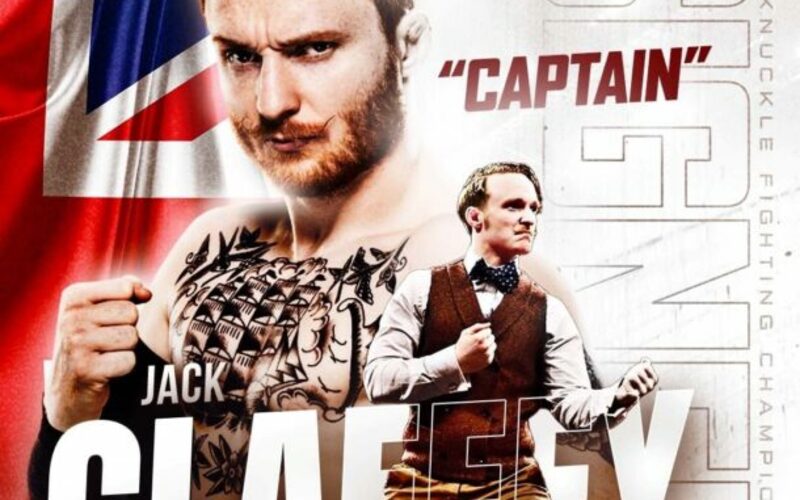 Bare Knuckle Fighting Championship has made yet another big splash signing as the promotion announced that professional wrestler and former WWE Superstar Jack Claffey, better known as Gentleman Jack Gallagher, has joined its roster.

Claffey, a veteran of the British pro wrestling scene, has some amateur MMA experience, going undefeated in two fights with both of his two wins coming in a first-round by way of submission.

After decade long stint in the various British wrestling promotions, Claffey made his WWE debut in 2016 in the company’s reboot of the cruiserweight division. He unsuccessfully tried to grab WWE Cruiserweight and NXT UK titles.

He was released by WWE in June 2020 after being named in the #SpeakingOut movement with a sexual assault claim made against him.

It’s time I said something. This kind of behaviour isn’t acceptable #SpeakingOut pic.twitter.com/bIiwjywiqZ

Claffey would respond to allegations with the following statement, which he later deleted from his Twitter account:

“In 2014, at a New Year’s Eve party, I met a young woman and my behaviour towards her was inappropriate. As this party was nearly six years ago and I had drunk quite a large amount of alcohol that night, unfortunately, I do not recollect what happened. I wish to make it clear that drinking is not an excuse for my behavior that night. I want to express my deepest regrets, and I am genuinely sorry for the upset that I have caused.

Following these allegations, I proactively contacted the Head of WWE Talent Relations to take responsibility for my actions, as I was aware that the woman who made the allegations and I had both attended the same New Year’s Eve party. I was then informed that this would be a breach of the company ethics policy, and this is what led to my release from my contract with the WWE.”

He is scheduled to make his BKFC debut in mid-2022.