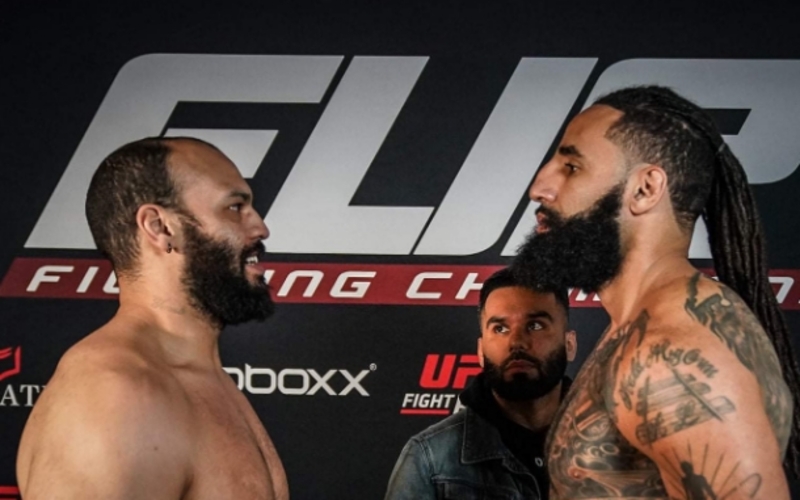 Fury FC hosts its sixth straight event in Texas tonight as Fury FC 58 takes place at Gilley’s Dallas. MMA Sucka brings you live coverage of this event and many more.
In the main event, Fury FC heavyweight champ Austen Lane (10-3), defends his strap for the first time against knockout artist Eric Lunsford (6-3). The 34-year-old Lane could make a case for a call up with a convincing win over a dangerous opponent tonight. The NFL veteran makes his second Fury FC appearance, and first title defense, after earning a TKO victory over UFC veteran Juan Adams at Fury FC 54 back in November. Lane has been on a roll as of late securing four straight finishes, three in the first round. The Jacksonville, Florida native has won six of his last seven and has secured finishes in all 10 of his pro victories. Lane showed signs of improved cardio, composure and patience in his last bout.
However, Lunsford is different test. Texas’ Lunsford is coming off a huge knockout of Richard Odoms just 3 weeks ago at Fury FC 56. The heavy handed 32-year-old is nothing short of a finisher scoring all his pro wins by knockout. Lunsford has never been to the judge’s scorecards in his pro MMA career and that streak is likely to continue in this bout. He is set for his toughest test yet in his third Fury FC appearance. Lunsford and Lane have both shared the cage with Juan Adams and Vernon Lewis.
Also on the card is a highly anticipated welterweight bout between Evan Cutts (12-5) and Adam Smith (11-9). Former CFFC welterweight champion Cutts makes his promotional debut for Fury FC after a tough loss at CFFC 98 to UFC welterweight, Yohan Lainesse. With that being said, the Texas native was slated to fight Chris Curtis for the Fury FC welterweight title prior to Curtis’ UFC call up at Fury FC 53. The 31-year-old is a tenured veteran and has been a pro since 2011. Cutts has shared the cage with UFC veteran Sean Spencer, former CFFC welterweight champ Bassil Hafez, and even scored a victory over UFC welterweight Ramiz Brahimaj. Cutts is a submission specialist with eight victories in that fashion.
It will be a clash of grapplers in tonight’s co-main event as Adam Smith shares a similar style to Cutts. Smith, a common feature for Submission Underground as of late, returns to MMA for the first time since 2018. The 32-year-old has scored nine submission wins in pro MMA including a rare phantom choke. Although he’s taken a tenured layoff, it’s safe to say a grappler of his caliber should never be ruled out of a fight. Smith has went at it with UFC veteran Maki Pitolo and TUF 22 vet Brandon Ricetti. With the finishing ability of both parties, it is advised not to blink during this one.
Some notable bouts on the card include Mo Miller (6-1) vs. Evers Anderson (4-2), Abdul-Kareem Al-Selwady (11-3) vs. Nick Compton (12-9), and Devin Miller (5-2) vs. Gianni Vasquez (6-4).