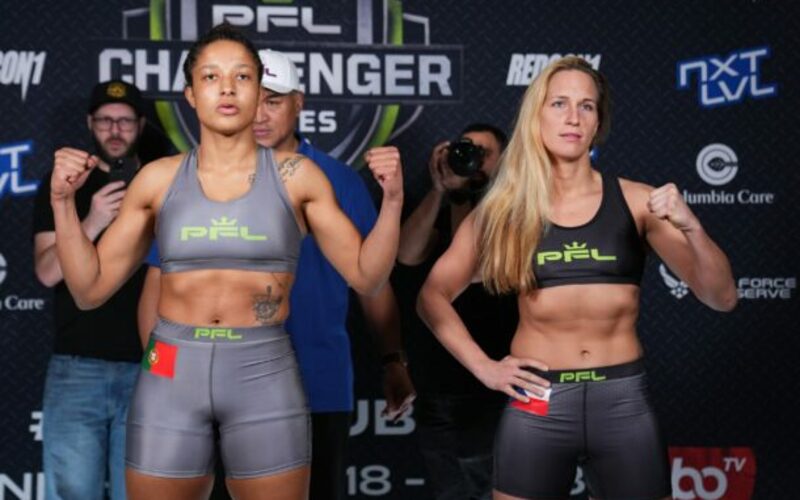 The PFL Challenger series is a new event format that the PFL is conducting and draws many similarities to the format of the UFC’s Dana White’s Contender Series. The fighters on the Challenger Series will battle to earn a spot in the PFL’s 2022 Regular Season. Currently, the PFL women’s lightweight division has been dominated by Kayla Harrison (12-0),who many consider to be one of the best female fighters on the planet. It will be interesting to see if the Challenger Series will be able to bring in some new exciting prospects for the future of the division.

The main event for the PFL Challenger series 3 features a bout between Martina Jindrová (3-2) and Jacqueline Cavalcanti (2-0). Since turning pro in 2018, Jindrová rattled off three straight victories via TKO, Submission, and Decision before dropping her last two fights. It will be interesting to see how she will bounce back in a high stakes main event. Cavalcanti is only 24 years old who also turned pro in 2018. Her previous two fights were against opponents making their professional debuts, this fight will prove if Cavalcanti is ready to take the next step against fighters with more cage experience.

The event also features America’s Jackie Cataline (0-0) who is making her professional debut against Camee Adams (0-0). Cataline has a very strong freestyle wrestling background. She placed 2nd at the USA World Team Trials in 2014 & 2015 and 3rd place at the 2016 USA Olympics Team Trials. Cataline also won the 2006 Pan American Championship and is a former multiple time US National Wrestling Champion in the junior and cadet division. The 33 year old is looking to make an impact instantly in her professional debut.

Julia Dorny (2-0) will be facing off against Jeslen Mishelle (0-0) in her professional debut. Dorny has finished both of her fights by TKO. Not much is known about Mishelle, but she went 4-0 in the amateur scene and finished two of her opponents in the first round.

To kick off the event, Michelle Montague (0-0) will be fighting Olivia Parker (4-2) who has the most professional fights on this card. Montague actually went 11-2 as an amateur fighter and finished 8 of her wins via submission. Parker finished all 5 of her opponents as an undefeated amateur and finished her opponents in 3 out of 4 of her professional wins. Her most recent loss came via a first round armbar to Cat Zingano in the Bellator promotion. There will certainly be fireworks in this fight and it is looking like it will be settled within the distance as both women are looking to finish their opponent.

Jackie Cataline defeats Camee Adams via Submission (Rear-Naked Choke) at 2:41 of Round 1

Jeslen Mishelle defeats Julia Dorny via TKO (Punches) at 3:51 of Round 1

Michelle Montague defeats Olivia Parker via Submission (Rear-Naked Choke) at 3:57 of Round 1