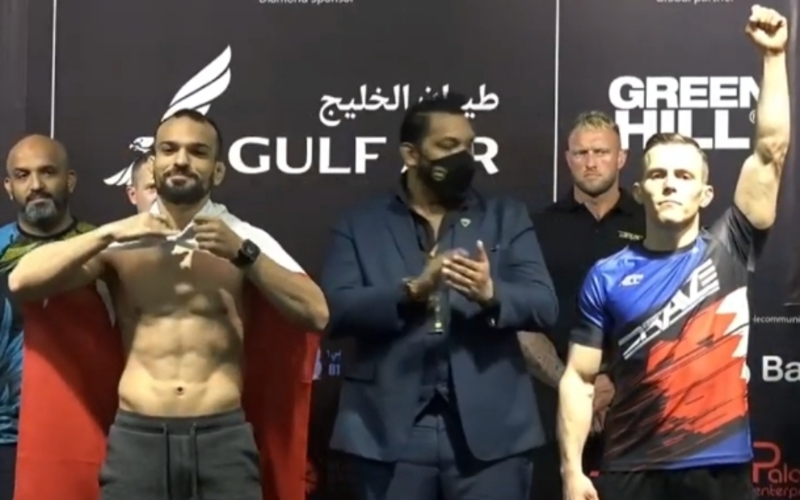 At long last, Brave Combat Federation returns for the first time in 2022 today with Brave CF 57. The organization returns to its home base of Bahrain with a stacked card, with three title fights being featured at the top of the bill.

The Brave CF 57 main event puts the Brave CF bantamweight title on the line, as Hamza Kooheji will get the hometown advantage as he takes on TUF 27 winner and four-fight UFC veteran Brad Katona. Kooheji has won his last five, with four of those coming under the Brave CF banner, and has eight Brave CF fights overall. Katona was released from the UFC after going 2-2 in the organization, but has won two straight with Brave CF heading into this fight.

In the co-main event, a rematch with bad blood will take place as Mohammad Fakhreddine faces Mohamed Said Maalem for the light heavyweight championship. Their first fight took place at Brave CF 52, where Maalem originally won by first-round TKO. However, that outcome has since been overturned to a No-Contest, paving the way for this rematch. Fakreddine is the current Brave CF middleweight champion, and is once again looking for double champ status with a win, while Saalem will try to pick up a belt and improve on his previous six-fight winning streak.

Prior to that, the interim lightweight title will be up for grabs at Brave CF 57 between Cleiton Silva and Kubanychek Abdisalam Uulu. Kyrgyzstan’s Kubanychek has won ten in a row, with only two of those going to a decision, including his last three being with Brave CF. Brazil’s “Predator” Silva fought then-champion Amin Ayoub in his last fight at Brave CF 44, losing by TKO. Ayoub then lost to Ahmed Amir at Brave CF 54, so Silva is trying to put himself in line for another shot at the undisputed title with a win today.

Also on the main card, highly-touted prospect Sam Patterson returns to the cage against Chechnya’s Khunkar-Pasha Osmaev, who snapped a two-fight losing streak in his Brave CF debut in his last appearance.

MMA Sucka has fight fans covered with Brave CF 57 results, with the card set to start at 10am ET/7am PT and can be seen on Brave CF TV worldwide, and DAZN in the US and UK.

Kubanychek Abdisalam Uulu vs. Cleiton Silva ends in a No-Contest (Accidental Punches to the Back of the Head) at 4:41 of Round 1, Brave CF Interim Lightweight Championship remains vacant

Sam Patterson def. Khunkar-Pasha Osmaev via TKO (Punches) at 3:53 of Round 2

Husein Kadimagomaev vs. Agshin Babaev ends in a No-Contest (Accidental Low Blow) in Round 1

Murtaza Talha Ali def. Mikheil Sazhiniani via Submission (Armbar) at 4:22 of Round 1

Maysara Mohamed def. Mohammad Farhad via TKO (Punches) at 4:31 of Round 2