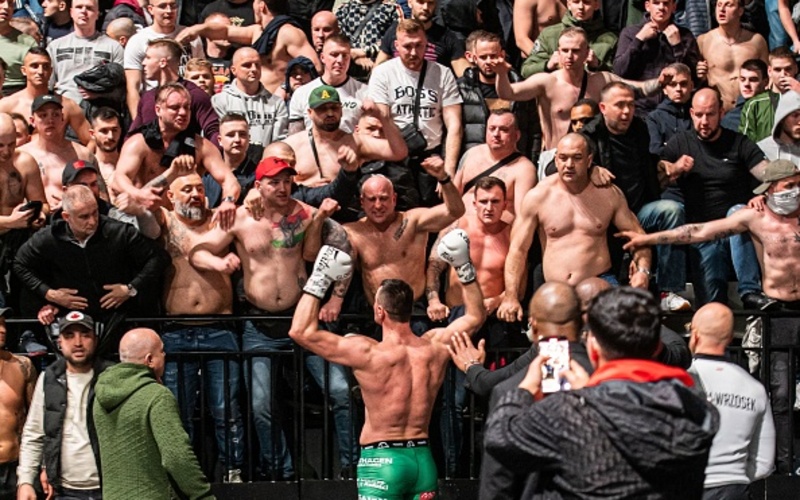 After the cancellation of GLORY 80 due to riots, GLORY Kickboxing had announced that Arkadiusz Wrzosek had his contract terminated from the organization. Between rounds 2 and 3 of the heavyweight kickboxing fight between Wrzosek and Badr Hari, at GLORY 80, riots had erupted in the audience.

These riots caused the cancellation of the remaining bouts at the event, and canceling of the Wrzosek vs Hari fight mid-way through. Originally, GLORY said this fight was a No Contest, they then changed the result to a Draw, and finally elected to call it a No Contest.

After his termination from GLORY, the Polish heavyweight kickboxing took to Instagram to speak with the public. He said:

“…I was dismissed from the organization due to the events and my behavior during the last event… in addition, the authorities quietly changed the result of the fight to a draw without official information. I’m not sad at all about the end of my contract, but WHERE’S THIS DRAW FROM?! People can’t be deceived that easily…In my opinion, the real reason can be seen in the attached photo…” 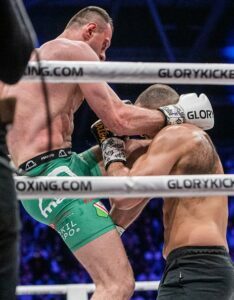 Wrzosek lands a knee on Badr Hari which scores a knockdown

Wrzosek went on to explain that he suspects his expulsion from the organization was due to him winning the fight. Attached is a photo of him landing a knee on Hari which scored him a knockdown.

In this interview, he talks about GLORY 80 and his contract termination. Wrzosek sits down with vechtsportinfo.nl to discuss these events. The following is translated from Dutch to English.

GLORY has only contacted Wrzosek directly, instead only communicated via email.

“There has been no contact with myself… What Scott Rudmann [GLORY CEO] is saying is false… I have not filed an official protest with the VON [sanctioning organization], they don’t even respond when I approach or message them… No response. I have asked them who to speak to about these matters. Nobody answers. GLORY also doesn’t answer, even to emails from my lawyer.”

Wrzosek also explains that GLORY is not following its own rules. The fight should be ruled a win in his favor due to more than half the fight being complete.

The Polish kickboxer continues, he explains how GLORY communicated his dismissal. GLORY CEO, Rudmann, did not contact him directly but instead commented on Wrzosek’s Instagram post. Wrzosek says this is embarrassing and laughable.

“GLORY sent me an email saying my contract was terminated with some reasons, but no one spoke to me personally… Some guy insulted me on social media… And that was from Rudmann. Is that how a CEO of an organization should behave? I can prove it too.”

Some have said that Wrzosek invited these fans, the Polish soccer hooligans who were blamed for the riots. Wrzosek says that this is not true. He explains:

“What bullsh*t. Why would I do that and ruin my own fight? Plus, tickets had been sold through me in a store but I have no influence on who bought them. Nothing here is true.”

While an investigation is ongoing, Wrzosek explains that the Polish fans were provoked:

“We have videos showing my fans being provoked. Even before the fight. They are not to be blamed, they have provoked absolutely nothing… I was beating Badr Hari in Hasselt and then my own fans want to spoil that for me? Come on.”

Wrzosek explains that it’s a dumb narrative to blame his fans. He says, why would the riot while he’s winning unless provoked? 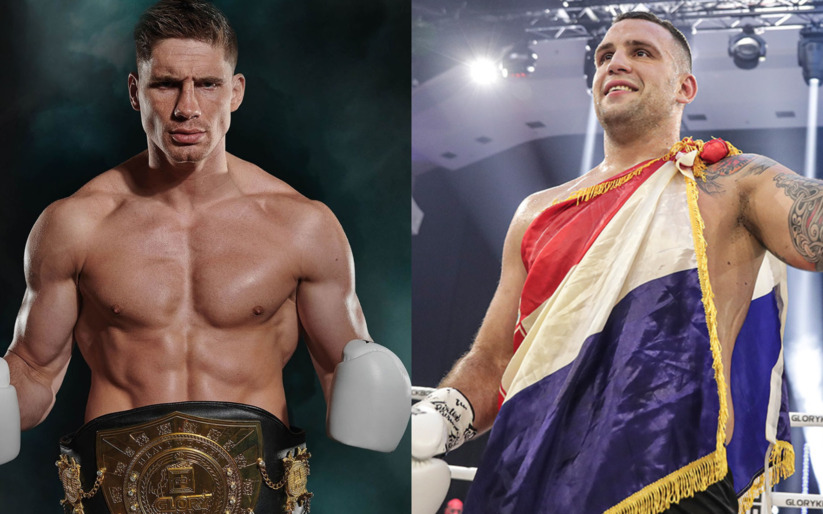