Conor McGregor’s Next Opponent: Who’s Up? 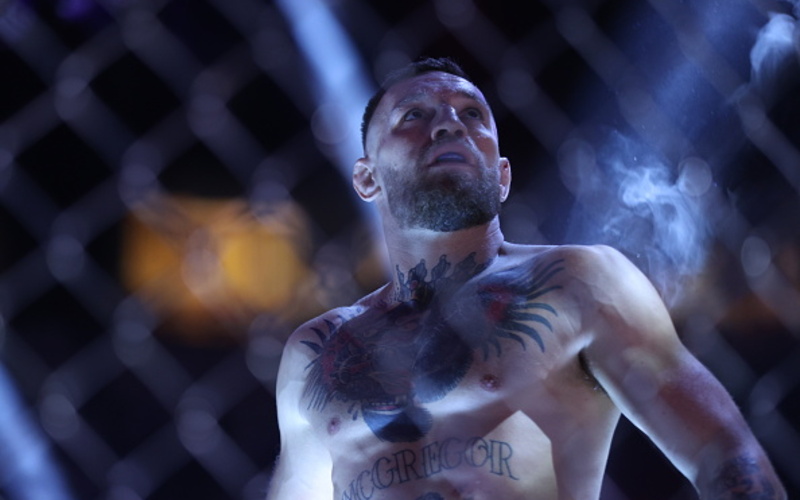 Over the last few months, the UFC has been teasing fight fans with the return of one of MMA’s most influential faces. With summer just around the corner, the impending return of “The Notorious” Conor McGregor is apparently near, and people have been speculating who he may be up against next.

While it’s no surprise that McGregor wants to come back and immediately fight for a belt, there is no logical reason as to why that should happen. Currently, the Irishman is on a two-loss streak after losing to Dustin Poirier twice in a row and has spent a good part of 2021 recovering from his horrific leg injury. This isn’t a unique opinion, with even the likes of Joe Rogan saying:

“If Conor wants the most chance of success, I would say fight a guy who is a little below championship-level. Maybe like a guy on the come-up, who Conor has an advantage over, but is still a competitive fight. Give him a test. But don’t put him in there right away with Usman.”
– Joe Rogan on Hotboxin’ with Mike Tyson

So, if not Kamaru Usman or Charles Oliveira, who should “The Notorious” fight upon his return to the Octagon? Here are a few ideas:

Unless Michael Chandler can come out from UFC 274 against Tony Ferguson unscathed by some miracle, this is 100% a fantastical match-up. But it’s still a match-up that makes the most sense. 5th ranked Chandler has had a shot at the lightweight title but lost when champion Oliveira landed a well-timed left hook to put an end to the show in round two of their fight. “Iron” is currently on a two-loss skid that may or may not be broken in his upcoming bout, putting himself and McGregor on the same page and hence, making this a reasonable match-up for McGregor’s return.

Before “Notorious” should even be considered to fight Kamaru Usman, he should first fight a ranked welterweight fighter. But, since most of the top-ranked fighters have recently fought within the last six months (except Usman), Leon Edwards seems to be the most logical choice for Conor to come into the division. “Rocky” has not fought in nearly a year since winning against Nate Diaz by unanimous decision and Jorge Masvidal backing out of their December fight. But, genuinely, Edwards is the best guy to go up against a fresh-faced, big-name challenger in the welterweight division.

If there is a “new generation” fighter that should face McGregor, “Sugar” Sean O’Malley should be it. O’Malley has not fought since his win against Raulian Paiva back in December and should be more than ready for a fight in the summer. The colorful Montana native could face his biggest challenge and his biggest paycheck if he stepped up to fight McGregor upon the latter’s return. On the flip side, “The Notorious” would face the biggest test of this part of his career.

While definitely another fantasy match-up, imagine the heat that the two could bring if matchmakers pitted Colby Covington against Conor McGregor. Fight week would be absolute pandemonium, but it would be in a good way. Stylistically, McGregor has gone up against wrestlers before and knocked them out, but this could go either way since Covington has a bigger gas tank than the Irishman. Plus, since “Chaos” is still the number-one-ranked fighter in the welterweight division, it’s an opportunity that fans should not reject altogether.

This match-up is here because this is a fight that should have happened years ago, but since Rafael Dos Anjos pulled out due to an injury, the fight has never rematerialized since. Both RDA and McGregor have been at each other’s throats since before the first fight was scheduled. Since RDA came out practically uninjured against Renato Moicano, this match-up would be great to see the two finally settle the score.

Who is Next for Conor McGregor?

Those were five names that could go up against Conor McGregor upon his return – some realistic, but some definitely made with a dash of wishful thinking. What do you think? Who should be the one to welcome “The Notorious” back to the Octagon? Let us know in the comments below!