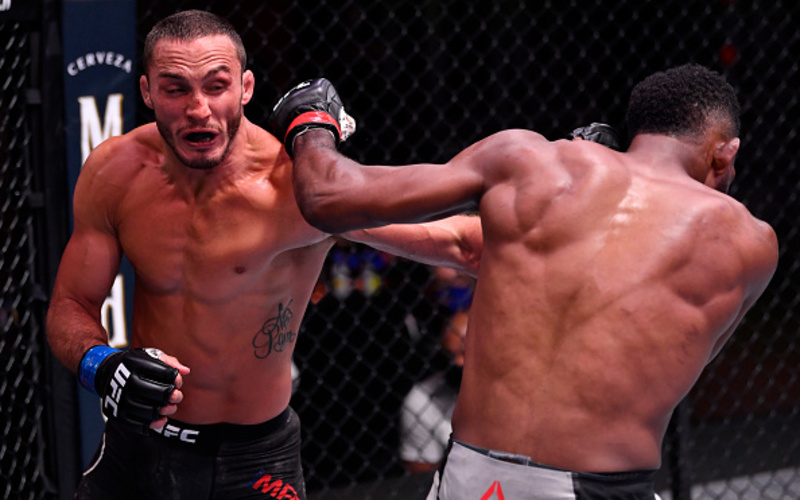 CES 68 will take place this Friday night at the Veterans Memorial Arena in West Fargo, North Dakota. The prelims will begin at 7:30 pm ET and the main card will kick off at 9:30 pm ET live on UFC Fight Pass. The card will be headlined by UFC veteran, Anthony Rocco Martin, and hometown fighter, Tyler Vogel. A heavyweight bout between Maurice Greene and Danyelle Williams will take place in the co-main event.

Anthony Martin will be making his first entrance into the cage since his departure from the UFC in the main event against Tyler Vogel. Martin went 9-6 in the UFC, notching wins over guys like Alex White, Ryan LaFlare, Jake Matthews, and Ramazan Emeev. Prior to his run with the UFC, Martin was undefeated on the regional scene, having scored victories over notable names in that of Thomas Gifford, and Phillipe Nover. After his loss to Neil Magny at UFC 250, Martin and the UFC agreed to split ways.

This fight will take place in the middleweight division. Martin has fought most of his career as a welterweight and the last time Vogel fought in MMA, he fought in the heavyweight division. After his last MMA fight, Vogel competed in five boxing matches, two of which were bare-knuckle. He lost all five of those fights and is winless in combat sports since his TKO win over Billy Martin in 2018. Vogel is a brawler who has six of his eight wins via knockout. The biggest knock on Vogel’s career has been his gas tank as three of his five losses have come via decision.

Maurice Greene will also be making his post-UFC debut this weekend with his co-main event fight with Danyelle Williams. Greene went 3-4 in his UFC career getting wins over Gian Villante, Junior Albini, and Jeff Hughes. His UFC career ended after two straight losses to Greg Hardy and Marcos Rogerio de Lima. Greene has a professional record of 9-6 with five of those wins being submissions and the other three by way of knockout. His kickboxing career did not last long, having went 1-3 from 2016 to 2017. Although he did fight some notable kickboxers in Chi Lewis-Parry and Anderson Silva.

His opponent, Danyelle Williams is 40 years old and will be making his 17th walk to a professional cage. Williams made his professional MMA debut in 2011 at 29 years old.  He is winless in combat sports since his TKO win over Joe Sullivan in 2014. Since then, he has lost three straight MMA fights and a boxing match against Jimmy Barnes.

The Rest Of The Card

CES 68 will take place with 11 professional mixed martial arts bouts with 11 of those competitors making their professional debuts. The featured bout of the night will take place by two veterans of the sport Indalecio Romero and Dan Stittgen. Romero has 35 professional fights under his belt and he is currently on a five-fight win streak. At 42 years old, Romero will be looking to add to his win streak and build his legacy. His opponent, Dan Stittgen is a 20-fight veteran who previously fought for the UFC and Bellator over the course of his 13-year professional career. Stittgen will be looking to end his losing streak this weekend after being winless since 2017.