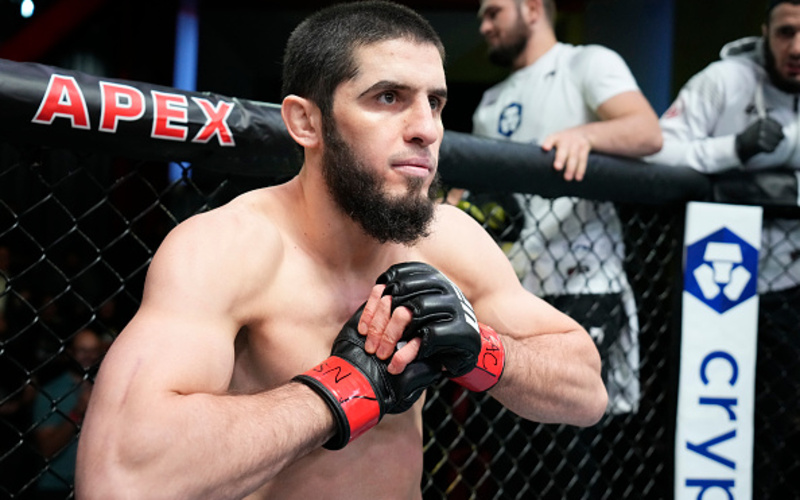 On the heels of an exciting UFC 274 card where Charles Oliveira defeated Justin Gaethje in the main event we now know who is favourite to face the Brazillian for the belt next. Originally, UFC 274 was scheduled to be another lightweight title defence for ‘Do Bronx’. With that being said, Oliveira missed weight on Friday, weighing in at 155.5lbs, 0.5lbs over the lightweight limit for a title fight. As a result of the weight miss, only Gaethje was eligible for the belt. That didn’t deter the Brazillian (now former) champion. He knocked the American down and finished the fight with a quick rear-naked choke in the first round. The belt wasn’t wrapped around the waist of Oliveira with the victory, however. The MMASucka podcast crew broke down the key talking points of UFC 274 on this week’s podcast, check it out here:

Naturally, with the victory, the question was asked ‘Who’s next for Charles Oliveira?’. Dana White confirmed that Oliveira will fight for the vacant 155lbs title next, but who against? Well, the odds have been released and Islam Makhachev has opened as the favourite.

Islam Makhachev opens up as the favourite to fight Charles Oliveira next:

Makhachev is enjoying a 10 fight winning run, where he’s finished his last four opponents. With that being said, he’s yet to face a real top contender and is yet to have a top-five name on his record. His style is heavily wrestling based and with Oliveira having some of the best BJJ in the entire sport, it’s certainly a fight that appeals to fans.

Other potential opponents for Oliveria include former champions Conor McGregor and Rafael dos Anjos, both of whom are priced at +225 and +900 respectively. Oliveira did call McGregor out after the fight, however, the Irishman is 1-3 in his last four fights and is without a win at 155lbs since 2016. We know, however, that McGregor doesn’t conform to normal UFC rules. Dos Anjos is currently set to face Rafael Fiziev in a rebooked main event slot on July 9th.

More interesting names that appear on the list are Alexander Volkanovski and Max Holloway, who are currently booked to compete for the 145lbs strap in a trilogy fight at UFC 276.

Who do you want to see Oliveira face next? Let us know in the comments below!