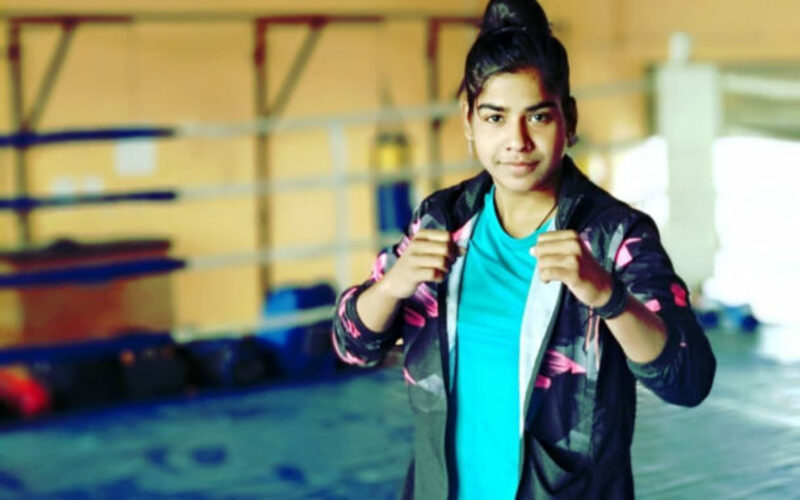 Undefeated Indian athlete Zeba Bano will make her way to ONE Championship’s global stage for the first time on Friday, May 20, at ONE 157: Petchmorakot vs. Vienot against Nat “Wondergirl” Jaroonsak.

But the march to the Circle has not been filled with flowers and praise from those closest to her.

The 23-year-old has had to deal with the doubts and negativity from family members who did not agree with her decision to compete in martial arts. However, Bano has shined and joined Asia’s largest sports property to prove them wrong.

“My family fully supported me, but our [wider] relatives were against it since we are from the Muslim community. They didn’t like me wearing shorts and [sleeveless shirts], and they would say mean things to my father,” Bano told ONE.

“Some members of my family have told me several times that if my limbs get broken, I will be of no use, and then who would marry me.”

Bano does not hold ill will in her heart from those who tried to sway her from her chosen path. Instead, she offers thanks for the motivation it gave her to help her achieve her dreams.

“I used to get really angry with that, but it used to motivate me too, and it helped me to reach where I am today,” said Bano.

“I actually want to thank the people who have tried to demotivate me. They have played an important role in helping me to reach [this point]. Instead of minding other people’s business, they should motivate their children to do well.”

And that is a large reason why the Indian talent is hoping to continue her undefeated run against Wondergirl. Bano wants to use her platform to bring more notoriety to the sport in India.

Alongside atomweight contender Ritu Phogat, Bano wants to be a shining example of what Indian women can accomplish in martial arts. Her goal is to bring the ONE Strawweight World Championship home and inspire millions.

“But through this huge platform, I want to represent India on the global stage and want to be a source of inspiration for people.”

She will get her first shot on Friday, May 20.

Bano jumps right into the fire against Wondergirl in a highly-anticipated matchup of two strawweight prospects that could be a factor in the division for years to come.