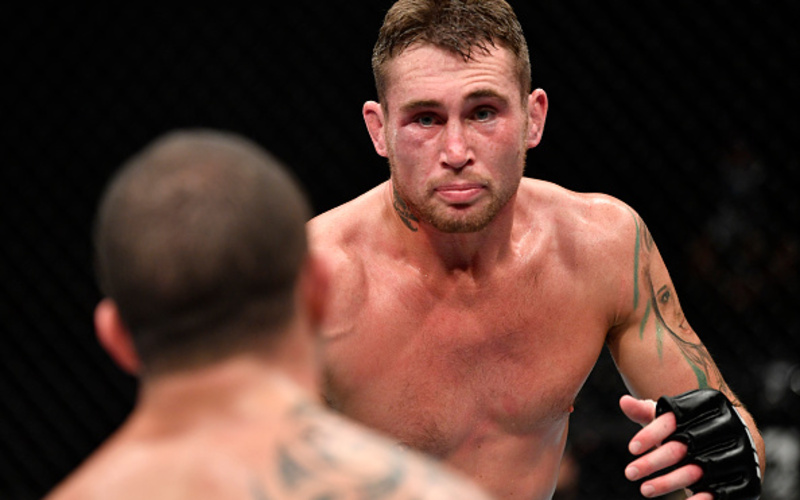 When it comes to the road to becoming a star in the world of mixed martial arts, presentation can, at times, be every bit as important as the happenings in the cage. One key component to the presentation of a fighter to his or her fanbase is the walk out music.

Fighters such as Israel Adesanya have perfected the art of the presentation, experimenting with different kinds of walkouts to further endear himself to his fans and potentially create an additional viral moment divorced from whatever he can achieve in the Octagon on a given night. Others will opt for a more consistent approach, zeroing in on one song that upon playing throughout the arena can put the fighter in a necessary headspace to put on a good performance. The walkout song can also create a frenetic energy amongst the fans that has the potential to translate from a gambling perspective, as many betting apps tend to report big line movements, particularly during UFC main event tilts.

Of course, few songs can set the mood like Anderson Silva walking out to “Ain’t No Sunshine” by DMX or “The Korean Zombie” Chan-Sung Jung walking out to “Zombie” by the Cranberries, though Silva is currently out of mixed martial arts and The Zombie has become so synonymous with his song that it would be a waste of time to pen another piece on how well the song suits him. However, there are still plenty of fighter/song combinations in modern-day UFC that deserve praise for setting a specific mood, and in some cases helping to elevate a fighter in the eyes of the fans.

Here are five of the most recognizable walkout songs in the UFC today.

As magnetic as he can be as a personality in the sport, Darren Till has done little as of late to remind fans of his status as a contender in the middleweight division. Even though he violently knocked out Donald Cerrone in Gdańsk, Poland back in 2017, his star-making moment in the sport actually came on his way to the cage in his hometown of Liverpool, England. Till’s walkout against Stephen Thompson has more than six million views on YouTube, causing “Sweet Caroline,” a long-time favorite of English football fans, to become a key part of his brand. Till is adamant about saving the song until he fights in a building with fans in attendance again, walking out to pure silence in COVID-era fights against Robert Whittaker and Derek Brunson.

Alexander Volkanovski – “Down Under” by Men at Work

A good walkout song should put fighters in the right headspace to put on a good performance, whether that means soothing or amplifying their nerves. If “Down Under” by Men at Work has such an effect on current featherweight champion Alexander Volkanovski, it speaks volumes on what must go on inside his head. “Down Under” is a catchy song without a doubt, but is also a bit on the corny side and definitely low-hanging fruit for Australian athletes should they choose to grab it. Regardless of what that may say about Volkanovski, the song has since become a necessary part of his presentation. When the song’s bouncy tones hit the loudspeakers, fans immediately know they’re about to get a main-event worthy performance, even if they have to roll their eyes before it happens.

Chris Weidman – “Won’t Back Down” by Tom Petty

The first taste fans at home would have gotten of former middleweight champion Chris Weidman‘s walkout song may have been at UFC 162 when he ended the near seven-year reign of “The Spider.” Although oddsmakers graded “The All-American” fairly heading into the fight as a +165 underdog to open, Weidman still had to slay one of the UFC’s premier dragons in order to join the championship ranks, so “Won’t Back Down” by Tom Petty seemed as appropriate as any song Weidman could have picked. Similar to “Stranglehold” by Ted Nugent, “Won’t Back Down” is one that seems tailormade for fighters because of how evergreen the lyrics are. Had the song been released in 2022, it is conceivable Petty could have written the song about Weidman himself, who is still hopeful of a UFC return after sustaining a horrific leg break last year at UFC 261.

Aleksei Oleinik – “The Ballad Of Fighting” by Vladmir Vysotsky

Aleksei Oleinik may be a name more well known to diehard fans of the sport than casual fans, but given his recent run of marquee fights, “The Boa Constrictor” has had more eyeballs on his walkouts than ever before. Oleinik walks to the cage to “The Ballad Of Fighting” by Vladmir Vysotsky, a song perhaps not as well known to Western fans, but one that has become increasingly synonymous with the way Oleinik handles his business inside the Octagon. Like Oleinik, the ballad moves at a slow, methodical pace and the vocals are entirely in Russian, helping to create an aura around him to non-native fans. The first minute of the song moves so slow, in fact, that it would be entirely possible for one to think Oleinik ascended from a coffin prior to making the walk. MMA’s version of The Undertaker in more ways than one, the 44-year-old Oleinik has 77 fights to his name and is still competing a high level.

Frankie Edgar – “Kick in the Door” by Notorious B.I.G.

What do Frankie Edgar and his walkout song, “Kick in the Door” by Notorious B.I.G. have in common? They are both favorites of old school fans of both MMA and hip-hop, and throughout Edgar’s 15-year UFC career, he has never wavered from walking out to the bassy tones of the Notorious B.I.G. classic. Edgar accents the song by dashing to the cage, creating a contrast between his actual energy and the energy the song is trying to convey that indicates to the viewers at home they are about to see “The Answer” go to war. The only hope now is that fight fans get to see the tandem of Edgar and his signature walkout song at least once more, as he celebrated his 40th birthday ahead of his most recent fight with Marlon Vera.