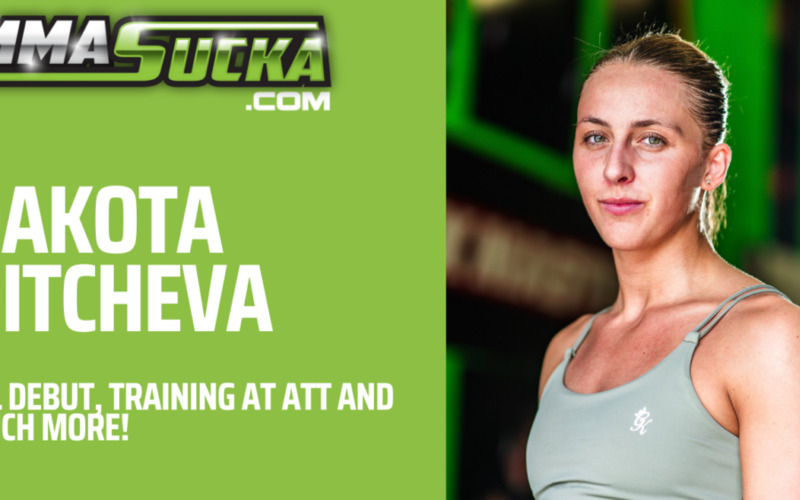 One of the hottest prospects in UK MMA right now, Dakota Ditcheva sat down with MMASucka to discuss her upcoming PFL debut which goes down this Saturday night from the Copperbox Arena in London, England. Ditcheva sits at 5-0 thus far and has an extensive background in Muay Thai. Ordinarily training out of Manchester Top Team, Ditcheva moved stateside for a seven-week training camp, settling at ATT. She revealed that she’d signed a contract with the PFL whilst training out in America.

Ditcheva revealed that her future training camps will now take place from ATT and that her thinking behind going over to America to train was “A mix of everything really. I wanted to train with a lot of girls“. She also said, “One of the big things was to just test my level, just to see where I’m actually at.”

Ditcheva makes her PFL debut against 4-1 Hassna Gaber. Speaking about her opponent she revealed, “I don’t know too much. I’ve seen a few of her fights and I think we fought on the same card for UAW Warriors”.

The British star also gave MMASucka an exclusive, revealing that she has been bumped from the postlims and will now feature on the main card just before the tournament brackets begin. The event will be headlined by Kayla Harrison and fellow Mancunian, Brendan Loughnane will also feature on the card in the co-main event.

You can catch the full card on Channel 4 in the UK and the PFL’s Youtube channel. MMASucka will have live results, staff picks and much more on what promises to be an exciting week in combat sports.