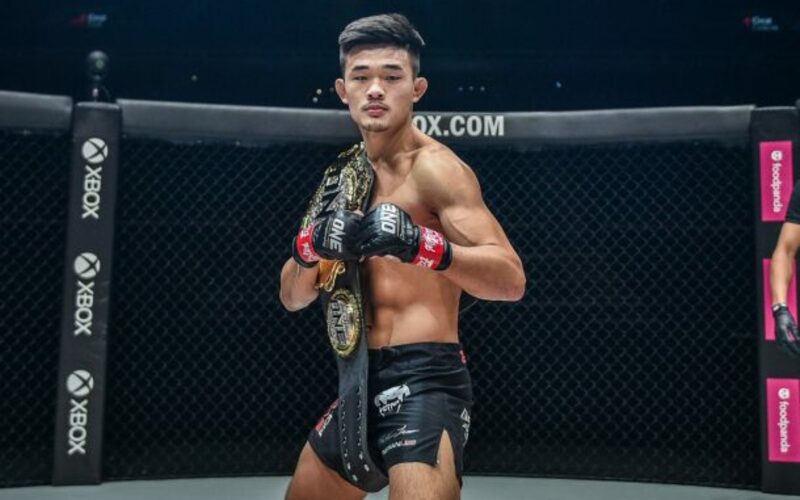 Singapore Indoor Stadium will play host to another champion vs. champion main event on Friday, November 18, when ONE Championship stars Christian Lee and Kiamrian Abbasov go toe-to-toe. It will be Lee moving up in an attempt to claim a second world title. After recapturing the ONE Lightweight World Championship, Lee is ready for his latest challenge.

Prior to the emergence of fresh contenders, Lee had defeated each of the top five contenders. The United MMA star felt it was a perfect time to move up and try to become a two-division world champion. As the lightweight division works itself out to find its next top contender, Lee is putting everything he has into building his legacy in the sport.

“Every performance is your biggest performance. And going into this fight, this is everything. Everything that I’ve worked towards has led to this moment, so yeah, definitely. This is going to be my biggest moment to date,” Lee told ONE.

Lee has a great understanding of his division, and now that he is moving up to welterweight, he is beginning to look at its landscape as well. One pivotal matchup in the division is the December 2 meeting between Roberto Soldic and Murad Ramazanov. “The Warrior” feels that the contender’s battle between the two rising stars will be the next challenger for whoever wins at ONE on Prime Video 4.

“Yeah, that’s definitely a fight that’s going to be on my radar. Of course, I’m not looking past Abbasov. He’s the only thing on my mind right now. But after I win the welterweight title, assuming all goes well, I know for sure it’s going to be one of those two that’s next in line,” said Lee.

All eyes will be on Soldic. “Robocop” has been one of the hottest names on the scene over the past year, and his first bout in ONE will garner a lot of attention. The former two-division KSW champion is currently on a seven-bout win streak with six finishes in that span. He will hope to keep that streak rolling and assert himself as the next contender in ONE.

But Lee isn’t ready to anoint Soldic. The Hawaii-based athlete was equally complimentary of Ramazanov, who is currently undefeated with an 11-0 professional record. Lee already believed Ramazanov was the top contender in the division. In his last outing inside the Circle, the Russian handled former divisional king Zebaztian Kadestam.

“Roberto, he’s been a big name that ONE Championship just recently signed. I know there’s been a lot of talk about him. A lot of hype coming from behind him. So I think that if he wins, and he gets a good finish over Ramazanov, he’s definitely next in line,” said Lee.

Lee says he is not looking past Abbasov, but he is clearly already lining up his future opponents in both the lightweight and welterweight divisions. “The Warrior” should be credited for his aspirations as November 18 nears. If Lee can take home the gold, it will undoubtedly set up massive title bouts in both divisions for 2023.

ONE on Prime Video 4 airs live on Friday, November 18, at 8 p.m. EST/5 p.m. PST. Tickets are still available on Ticketmaster.