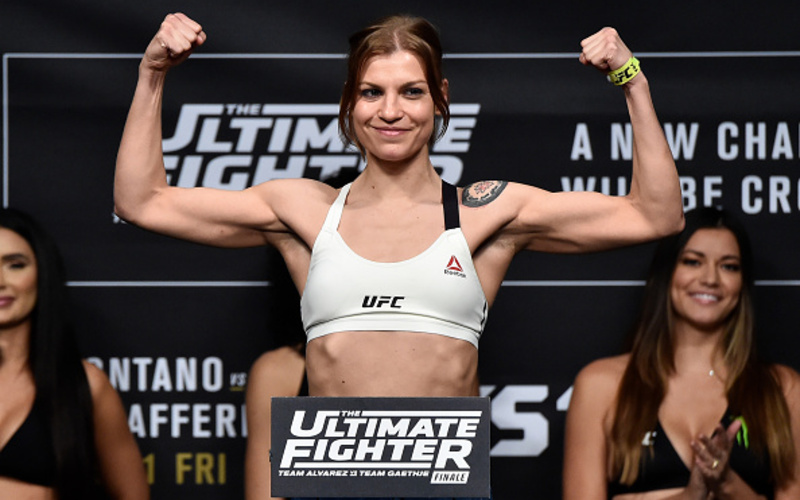 The world’s leading full-contact karate league, Karate Combat, continues to expand its roster with high-profile athletes, and is now set to add UFC veteran Melinda Fabian to the burgeoning women’s bantamweight division. After competing once with Karate Combat in 2020, she has now inked an exclusive multi-fight deal with the promotion, with her return set to come on December 17 at Karate Combat 37 against an undetermined opponent.

Karate Combat president Adam Kovacs told MMA Sucka, “We’re building one of the strongest women’s divisions in fight sports and Melinda Fabian is a great addition to the roster. She has competed all over the world at the very top level, including her run in the UFC, and with her skills and experience, she is a serious test for anyone who stands opposite her in The Pit. I am excited to see her in action at Karate Combat 37 on December 17th.”

From 2015-2017, “The Predator” Fabian amassed a 4-3-1 MMA record, and was offered a spot on TUF 26, which crowned the inaugural UFC women’s flyweight champion. On the show, she lost by first-round submission to Rachael Ostovich in the opening round, but was still given the opportunity to compete in the world’s leading MMA promotion. On the TUF 26 Finale, she fought to a majority draw with castmate DeAnna Bennett. This fight did, however, put the Budapest native in the record books as the first ever Hungarian UFC fighter.

Her next fight came against Ji Yeon Kim at UFC Fight Night 132, where she dropped a split decision and was subsequently released from the promotion. After over a year away, she returned to MMA competition in 2019 by picking up a head-kick knockout win to bring her overall record to 5-4-2, which is where it still stands today.

Despite winning four of her five MMA fights by submission, Fabian started her combat sports career in karate, earning a brown belt in Shotokan and a black belt in Kenpo. She returned to competition in the sport in 2020, when she made her Karate Combat debut at Karate Combat: Neo Tokyo 3, picking up a unanimous decision victory against Ana Luiza Ferreira. Both sides have been interested in a reunion and a deal has been rumored for a long time, but it has just now come to fruition. She will try to quickly jump to the top of the women’s bantamweight division, as the promotion looks to crown its inaugural champion in the division sooner rather than later.