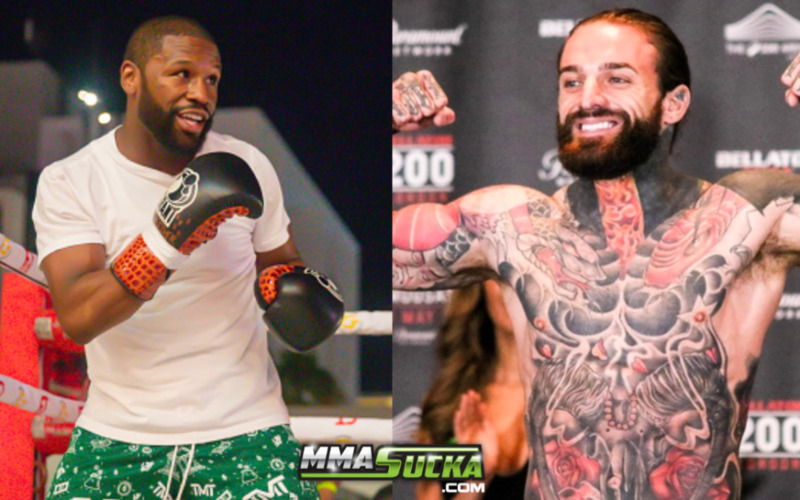 Floyd Mayweather is set to make the walk again for yet another lacklustre exhibition where he won’t put the effort in. Last time out he defeated Youtuber and brother of KSI, Deji via sixth-round TKO. Although Deji landed on Mayweather once, the 50-0 professional boxer, was never in trouble.

Prior to this, Mayweather fought Rizin’s Mikuru Asakura, finishing things in the second round of their exhibition. Mayweather has ‘fought’ (we use fought in an extremely loose way) Tenshin Nasukawa (in a fight that appeared staged due to how one-sided it was), Logan Paul (who held a huge size advantage over him) and Don Moore (the less said about that one the better).

Despite being one of the best P4P boxers ever to grace the earth, Mayweather must have fallen on hard times. Why else would a man who sold approximately 24 million PPVs across his career, retired at 50-0, was barely tested during his career and was a multiple weight world champion be still putting on exhibitions against unknown celebrities or MMA fighters?

Next up, however, will be Aaron Chalmers. You may recognise the name from Bellator fame, having gone 2-2 with the promotion. He formerly competed for BAMMA where he went 3-0. He’s best known, however, for his time on the UK reality show ‘Geordie Shore’, the UK’s version of Jersey Shore. In professional boxing, Chalmers holds a 1-0 record, having made his debut against Alexander Zeledon last year. Zeledon’s record currently sits at 6-38-4…

🥊 ANNOUNCED: Floyd Mayweather will now face Geordie Shore's Aaron Chalmers in his UK exhibition fight on Feb 25th at the O2 Arena in London. Chalmers previously had several MMA fights and is 1-0 in boxing after making his pro debut last year.

The most disappointing thing about this fight is that it isn’t who Mayweather was originally scheduled to clash with. Rumours circulated last week that Mayweather would face off with English Muay Thai legend, Liam Harrison. This excited fans because Harrison is legitimate and has the record to prove it. He’s a multi-time world champion & has a record of 90-25-2 and could potentially cause Mayweather some problems. Harrison, unfortunately, won’t be fit to face Mayweather and released a statement explaining this.

PFL featherweight champion, Brendan Loughnane also claims to have put his name forward to fight Mayweather, however, this didn’t come to fruition either.

I actually had my name forward for this. Shame it didn’t come off 🤔 https://t.co/2I88kmAKvU

Instead, we’ll see Chalmers vs. Mayweather at O2 Arena in London, England. It’ll mark the first time Mayweather has competed in England but is it the fight we wanted? Of course not.