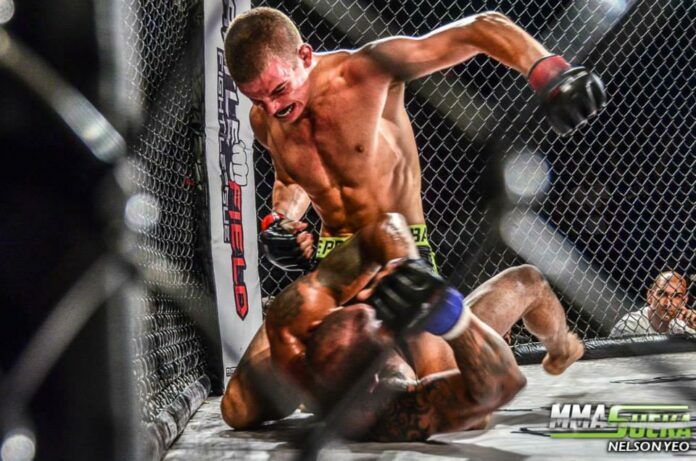 We know on July 8, BFL will head to downtown Vancouver for BFL 50, but that wasn’t the first time they made the trip to the core of the city.

BFL 9 on July 16, 2011 was one of the promotions most stacked cards to date at the time. This event took place at the Vancouver Trade and Convention Centre, which will be the same venue as BFL 50. Three titles were up for grabs, as Jeremy Kennedy won the vacant amateur featherweight gold in the main event and Micah Brakefield took the amateur middleweight title in the co-main event. Stu Deleurme won a split decision against Leo Xavier for the welterweight belt.

Some future champions were also on the card, including David Kennedy, Jer Kornelsen and Andre Da Silva.

Fast forward four months and the promotion made their way back downtown for BFL 12. This time fans were treated to fights at the historic Vogue Theatre on Granville Street. The 10-fight card featured Brakefield defending his title in the main event against Kornelsen. Brakefield earned the victory by first round triangle choke. Xavier took an armbar in the first round of his co-main event match-up against Marco Caffiero.

Battlefield returned to the Vogue Theatre three more times over the course of the next 12-months for BFL 14, BFL 16 and BFL 20.