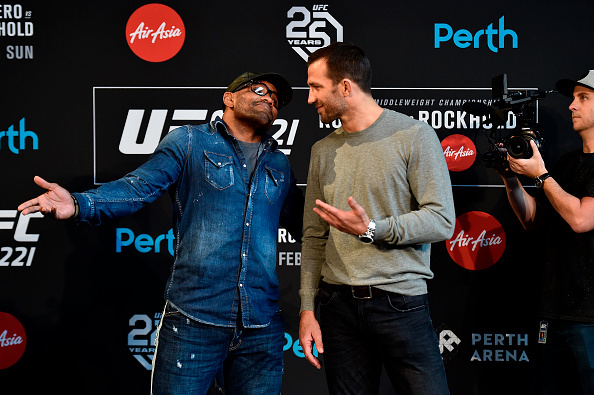 UFC 221 goes down this Saturday in Perth, Australia and features the interim middleweight title fight between Luke Rockhold and Yoel Romero. The odds for this card have shuffled a fair bit leading up to Saturday and they may change before the weekend. That being said here are my top tips and picks for this weekend’s card:

Tyson Pedro is a real talent in the light heavyweight division and definitely one to keep an eye on. His opponent this weekend is Saparbek Safarov. Safarov is coming off a TKO loss to Gian Villante.

Pedro is currently a -265 favorite and if you are willing to put some money on a solid pick, Pedro is your guy. His striking is a lot more direct and explosive than that of Villante’s and I don’t see this going to a decision. A stoppage win for Pedro isn’t going to bring a ton of money back, but it’s a fairly reliable bet in my eyes.

2. Mark Hunt is the ultimate underdog

When it comes to heavyweight match-ups, taking an underdog is always a decent pick. As one punch can end the fight at any point. For this reason alone, Mark Hunt is the ultimate underdog pick.

Hunt has the power in his hands to stop any opponent and he’s done it time and time again. Curtis Blaydes is an exciting prospect in the division, however in my opinion he’s not ready for the top heavyweights just yet.

Hunt doesn’t appear to have lost a step, and he’s also as he is coming off a big TKO victory over Derrick Lewis. The Aussie is a +135 underdog, so a bet on Hunt to win by KO is a great  pick up right now.

The experience and power of Hunt has got him through some tough fights and this one will likely be no different. One thing that is often forgotten about Hunt is his determination and cardio.

Luke Rockhold vs. Yoel Romero is a real showcase of just how high level some of the fighters in the UFC are. Both are legitimately great athletes with incredibly well rounded games.

Due to the skill level of both fighters, this could easily go either way at any point. Rockhold is currently the favorite at -140, with Romero the underdog at +130. These odds are good for several reasons.

First of all, due to the high skill level of both fighters, there isn’t a clear favorite and therefore both fighters present good opportunities. Rockhold’s superior cardio and pressure could lead to incentive a bet on a decision win for the former champ or a late stoppage.

The explosive power of Romero makes it impossible to count him out, if he does win, it will most likely be a stoppage victory. We saw in his last fight with Whittaker, several flaws in his game that Rockhold could exploit. Rockhold will only improve as the fight goes on as Romero loses some of his explosive power, becomes more predictable and begins to generally slow down. This is where Rockhold could really take it up a gear and push Romero.

A bet on Rockhold to finish the fight in the second half of the five-round bout makes the most sense, however a bet on a Romero KO is never a bad choice.

The great thing about this fight the skill of both men. Any bet is viable as anything can happen between these two guys. Both are elite wrestlers with a feared striking game, therefore odds on most bets are going to be good.

Whatever you choose to bet on, remember to bet safe and stop when the fun stops.