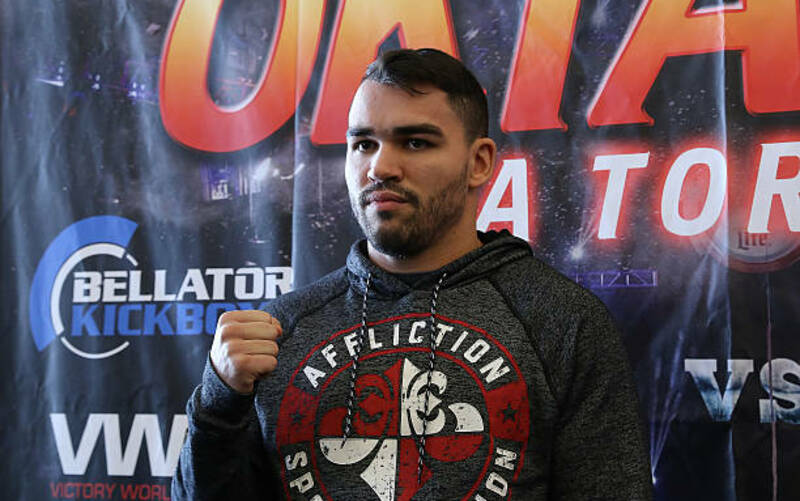 Is a great card going under the radar?

Bellator’s return to the UK

Bellator is quickly becoming Europe’s number one promotion. As the organization consistently puts on European shows throughout the year. Making their return to Newcastle since December 2017, this show is headlined by Bellator veteran Patricky ‘Pitbull’ Freire and promotional newcomer Ryan Scope. Pitbull is riding a four fight win streak and will be fighting for the twenty-first time under the Bellator banner. Scope will provide an interesting test for the battle hardened Brazilian and has proven himself on the local scene. There aren’t many styles that Freire hasn’t seen during his career, and will need to use that experience to figure out Scopes’ style.

All roads lead to the trilogy?

Should he get the victory in Newcastle, Freire will improve to 21-8. 5-0 in his last five fights. In this run he’s beaten Josh Thompson, Benson Henderson, Derek Campos and Roger Huerta and will be looking to add Scope to that list. With a victory, it would be hard to deny ‘Pitbull’ a shot at the champion, Michael Chandler. However, having previously gone 0-2 against Chandler, it could be a hard sell to the paying fans. The Brazilian could go up against former champion Brent Primus, should he be successful in Newcastle.

Ryan Scope is likely to feel a lot of pressure, making his Bellator debut in his home country. However a man who seemingly has nothing to lose is a dangerous man. With a win over UFC veteran Mickael Lebout in his last bout, Scope will be coming into this contest full of confidence and ready to take out Freire. Only going the distance three times, Scope has an exciting style which fans should look forward to.

Will Freire’s experience be too much for Scope? Or will the promotional newcomer pull off a shocking victory in his home country? Let us know how you think the fight will play out!

Say what you want about former reality TV star turned MMA fighter Aaron Chalmers, he knows how to fight. Set to be the co-main event in his hometown, expect the crowd to be right behind the local Geordie. Chalmers is 4-0, with two KO’s and two submissions, and is set to face Corey Browning. Browning himself is no slouch, picking up a TKO win over Kevin Ferguson Jr, the son of the late, great Kimbo Slice, in his last fight.

Don’t be surprised to hear the loudest cheer of the night when Chalmers makes the walk in Newcastle. Coincidence or clever planning placing him in the co-main event, Chalmers will undoubtedly be a ticket seller, and is training hard for his fifth fight. Having been on ‘Geordie Shore’, Britain’s version Jersey Shore, for four years, don’t expect Chalmers to crumble under the pressure. We know however that the pressure that the cage brings is like no other. Will we see ‘The Joker’, Chalmers continue his successful transition from reality star to MMA star in his hometown? Or will we see the hometown hero fall at the hands of the American Browning?

Tune in on February 9th to find out!

Former two division BAMMA world champion, Terry Brazier is well known to UK MMA fans. ‘The Dominator’, Brazier has proven himself on the UK scene and will want to follow the likes of Mark Godbeer, Paul Craig and Tom Duquensoy as BAMMA champions who have gone on to successfully compete in one of the world’s top MMA promotions. Brazier is in phenomenal shape, showing off his physique on twitter (@MMABrazierTerry) recently. Brazier will also be looking to get a finish having gone to decision in his past two bouts. Can he make it ten wins on the spin and really make a name for himself amongst the Bellator 155ers?

Fabian ‘The Assassin’ Edwards, like Brazier is well known to UK MMA fans. Edwards, brother of UFC star Leon Edwards, made his Bellator and professional debut on the same night in 2017. With an undefeated amateur record of 10-0, and a professional record of 5-0, Edwards can be a problem at 185lbs. Finishing his last fight via wicked body kick at BAMMA 35, Edwards will come into this contest full of confidence. Edwards will have his hands full with 38 fight veteran Lee Chadwick, who has experience against UFC calibre opponents. Edwards will be looking to progress to 6-0 and improve on his impressive finishing streak at Bellator Newcastle.

‘Judo’ Jim Wallhead is a veteran of UK MMA. The two fight UFC star has been described by UFC commentator and analyst Dan Hardy as someone no one wants to train with.This alone shows what an animal Wallhead is. Hardy and Wallhead are long time training partners out of ‘Team Rough House’, and have recently opened their own MMA gym in the Midlands: ‘Hardy-Wallhead MMA’. Having fought top quality opponents since his debut in 2005, Wallhead participated in season 7 of Bellator’s welterweight tournament. Taking on a late notice opponent, Abner Lloveras, the TUF 22 competitor, Wallhead will be looking to kick-on in his third stint under the Bellator banner on February 9th at Bellator Newcastle.