With KSW 48 still to come later this month, the KSW 49 card is already shaping up nicely, with another huge heavyweight matchup added to the mix. KSW 49 is set to take place Saturday May 18, 2019 from the ERGO Arena in Gdansk/Sopot, Poland. With 1 million plus Instagram followers, fitness model and KSW heavyweight star Erko Jun makes his return,  as he faces another social media fitness star in the form of Akop Szostak.

Erko Jun is currently 2-0 in his young MMA career, which began around the end of 2017. KSW 44 is when Jun took on his first MMA bout and won via round one TKO, defeating Tomasz Oswiecinski. He followed that up with a second round TKO over Polish hip-hop and MMA star Popek at KSW 45 in October 2018. So far,  Jun has shown the doubting public that he is taking his MMA training seriously. He wants to continue to climb the ladder to the top.

In the opposite corner will stand Polish heavyweight Akop Szostak, who has been fighting professionally since 2015. The heavy-handed striker has three knockouts under 61 seconds to his record. His KSW debut at KSW 45 was a bit of a disappointment. The bout was a no contest due to eye poke. Szostak get in the cage with a man of equal mass and is looking to get that first KSW victory. 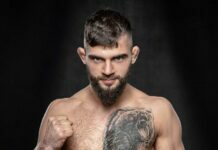 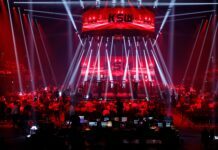 KSW is My Favorite MMA Organization