With UFC 245 fast approaching, it’s time to take a closer look at some of the betting odds for the fights on the main card. Featuring three title fights, the last pay-per-view of 2019 is set to be a good one, and there are some interesting odds that could produce some serious payouts. The good news is that MMA betting online has never been easier, and accessibility of online sportsbooks is at an all-time high.

The main event of the card features a welterweight title fight between reigning champion Kamaru Usman and former interim champion Colby Covington. Usman is hovering around -180 to -190 depending on the oddsmaker, while Covington is coming back around +150 to +160. Usman will be looking to defend his title successfully for the first time after taking it off of Tyron Woodley back at UFC 235.

It comes as a bit of a surprise that Usman doesn’t enter this fight as a bigger favorite. He and Covington have similar fighting styles, as each guy loves to push the pace and employs a wrestling-based attack. Both guys love to get their opponents up against the fence or on their backs. The big differences between the two are Usman’s massive strength advantage, along with his advantage in the striking department. While Covington throws a high volume of strikes, none of them will do a lot of damage. Usman has shown the ability to do damage on the feet. Couple that with the fact that he might be the strongest pound-for-pound fighter in the UFC, and this fight feels like Usman should be closer to -220 than -180. There is definitely value to be had with Kamaru Usman in this fight.

In the card’s co-main event, Max Holloway will be defending his featherweight championship against rising star Alexander Volkanovski. Holloway enters the fight around -170, with Volkanovski coming back around +150. This will be Holloway’s first title defense since he defeated Frankie Edgar at UFC 240. Volkanovski hasn’t fought since winning a decision over former champion Jose Aldo at UFC 237.

The odds for this fight feel like they are pretty accurate. One huge aspect of Volkanovski’s game is pushing the pace and getting his opponent’s back to the fence. On the flip side, Max Holloway has great footwork that allows him to push forward and stay on his front foot, applying endless pressure. Volkanovski will definitely have the strength advantage in this fight, but there’s no way around the fact that Holloway is the technically superior fighter. His takedown defense is incredible, as he has the ability to turn any fight into a kickboxing match. And, if there’s a fighter in the featherweight division who will beat Max Holloway on the feet, it isn’t Alexander Volkanovski.

The first of the three title fights at UFC 245 is a women’s bantamweight bout between challenger Germaine de Randamie and champion Amanda Nunes. De Randamie last defeated Aspen Ladd via first-round knockout in July, while Nunes defended her title against Holly Holm at UFC 239. Nunes is the biggest favorite of the champions, coming in around -300 and all the way up to -370. De Randamie comes back in the +230 to +260 range.

Without a doubt, there is serious value in de Randamie in this fight. That isn’t to say she’ll win or should be favored, but she should be closer to +150 than where she’s at. Despite what the average viewer may think, de Randamie likely has the striking advantage in this fight. Nunes has the advantage on the ground if the fight gets there, though. The odds could reflect the fact that Nunes defeated de Randamie via first-round TKO in their first meeting, but that was way back in 2013. As seen in her last fight, de Randamie has serious power and is a precise striker. This definitely will be no walk in the park for Amanda Nunes, and this could be one of the better women’s UFC fights that we’ve seen in a long time.

The opening fight on the main card is a bantamweight contest between Urijah Faber and rising Russian star Petr Yan. Faber successfully returned to the UFC by defeating Ricky Simon back in July, while Yan is coming off of a very impressive win over Jimmie Rivera at UFC 238. Yan enters this fight as a huge favorite, around -500, which puts Faber around +400. These odds seem to be right. Yan is just a far better fighter than Faber at this stage in his career. With huge boxing and clinch advantages for Yan, there isn’t much value to be had here with Faber, even with such steep odds.

In the other fight on the main card of UFC 245, former featherweight champion Jose Aldo is dropping down to bantamweight to take on former title challenger Marlon Moraes. Aldo’s move to bantamweight is a shocking one, as his body seemed to be struggling with cuts to 145 recently. The big question here is whether Aldo will even make it to the scale. If he does make it to the fight, there is potential for this fight to be interesting, as it features two top-level Brazilian strikers. But, at this stage in Aldo’s career, he probably won’t be able to endure much punishment from Moraes’s deadly kicks. Dropping the extra ten pounds will likely make his durability even worse. Moraes is currently the favorite around -190 with Aldo coming back in the +160 range, which seems to be fair odds. 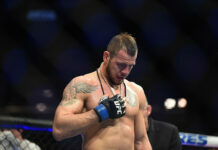