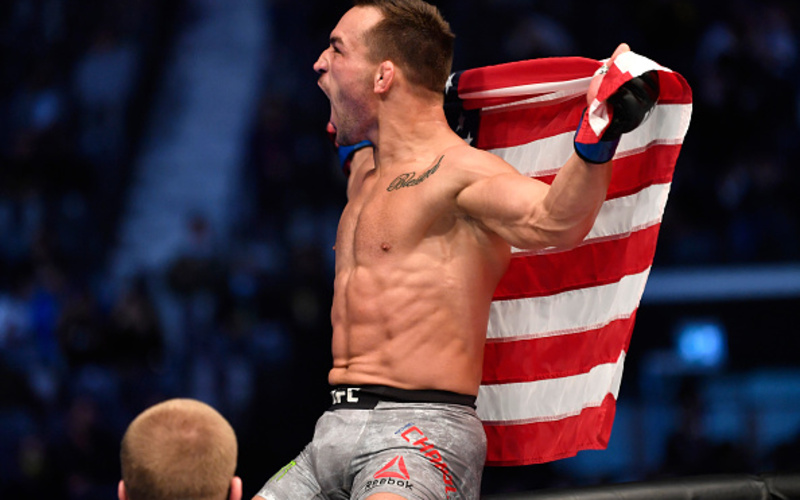 UFC 257’s co-main event featured an intriguing lightweight matchup between Aussie Dan Hooker and UFC debutant Michael Chandler. Since moving up to 155 pounds in 2017, “The Hangman” Hooker has proven to be a top-flight contender, going 7-2 while scoring several highlight-reel knockouts. He is also coming off of back-to-back Fight of the Night-winning main events against Paul Felder and one-half of the night’s headliner, Dustin Poirier.

For “Iron” Michael Chandler, it has been a long time coming to get to this point. Chandler makes his UFC debut following a lengthy career in Bellator, winning their lightweight championship on three separate occasions. Fight fans have been clamoring to see how Chandler stacks up with the UFC’s elite, and he finally got the chance to prove himself tonight with very large fights, including a potential title shot, in the winning fighter’s future.

Chandler came out in the first round with a ton of pressure, but Hooker remained composed as he circled the cage looking for shots. Chandler was light on volume early, but eventually found his timing as Hooker peppered him with leg kicks. Then, out of nowhere, a left hook violently dropped Hooker, and then a flurry of ground and pound brought a halt to the fight just halfway through the first round.

Michael Chandler def. Dan Hooker via TKO (punches), 2:30 of Round 1

In the post-fight interview, Chandler expressed thankfulness to finally have been given the opportunity to showcase his skills against the best of the best. He then cut an incredible promo, calling out headliners Poirier and Conor McGregor, along with current champion Nurmagomedov. Another potential fight not mentioned by Chandler could be former UFC intermim lightweight champion Justin Gaethje. Regardless, he took full advantage of his opportunity and has launched himself into title talks at lightweight right away.