Karolina Sobek is a potential future star. Poland has produced amazing female fighters such as champions Joanna Jedrzejczyk and Karolina Kowalkiewicz, who became stars in the UFC. Current flyweight, Justyna Haba, and Karolina Owczarz are making their name in KSW. Since day one with the sport of MMA, even in its infancy, the touch is always passed to the next generation of fighters. In female Polish MMA, the future generation will consist of a dangerous featherweight in Karolina Sobek.

Every MMA fighter finds the sport in their own way. Some to protect themselves from bullies, while some are captivated by the sport on television. For Karolina Sobek, growing up with three big brothers was the key. “I have three older brothers and we have always had little fights since I was a child. When I grew a little bit, I thought that I would like to go to boxing,” Sobek told MMASucka. “I didn’t even know what MMA was, just for boxing. I accidentally came to Spartacus club and I liked it so much that I just stayed.”

The Spartacus Club was founded by Krzysztof Bankowski and is located in Rzeszow, Poland. Szymon Bajor, competing at FEN 32 this weekend in a #1 contender eliminator bout, is a teammate of Sobek. With a fight team like this, it is easy to see how there could be so many influential people in her career.

“I think that person for me is my main trainer Krzysztof Bańkowski. He told me from the beginning that I would become the champion and I would be the best,” stated Sobek. “You know I haven’t reached that level yet, but all I have achieved is thanks to him. But my club mates are also a big motivation for me. We are all one big family and I never thought that I could really become people so close to me.”

After a very active amateur career, Sobek took on her first professional fight at Browar Polnocny Fight Night 2 in September 2020. Sobek was victorious by a unanimous decision. Getting that win was special to Sobek. “Every victory tastes great, be it amateur or competitive. Hard preparations, sacrifices, sparring, making weight are all just for the sake of victory, so it’s the best feeling in the world,” stated Sobek. In her second bout, Sobek defeated Klaudia Sygula by first-round armbar at Armia Fight Night 9 in January 2021.

With her next bout set to take place under the Armia Fight Night banner, where does Sobek see her career down the road? “I would love to fight in Bellator or Invicta one day. I know that in my category there are no fighters in the car, so it’s a little easier to get there. Obviously, I would also like to go to the best league, i.e. the UFC, one day. I still have a lot of hard work ahead of me, but that’s what interests me,” said Sobek. 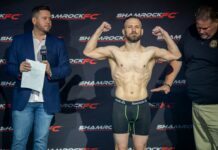 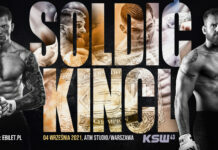 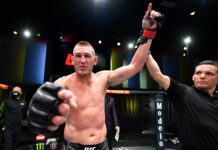