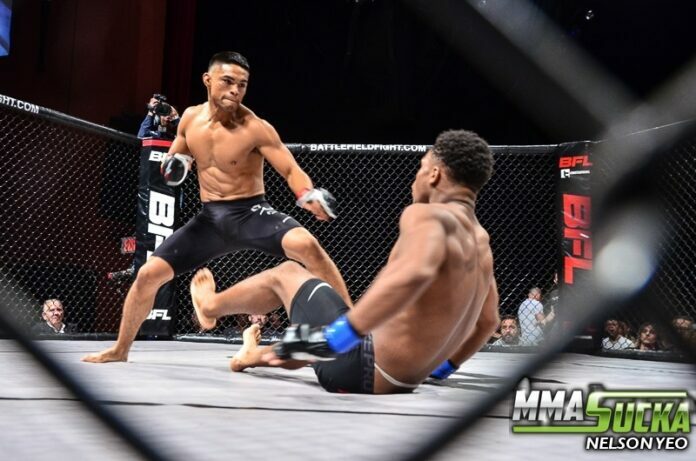 Two heavy hitter bantamweights are set to square off at BFL 67, as Gio Platon takes on Matt Hovorka.

Platon (1-0) is known as one of the scariest fighters to have ever entered the BFL cage. All but one of his career victories has come via knockout. He has worked with a number of British Columbia camps to evolve his game and most recently, the 135-pounder knocked out Tylor Nicholson just 27-seconds into the first round at BFL 66.

Hovorka (1-1) bounced back from a loss in his professional debut. The Team Tompkins product was just as flashy as his counterpart, as he knocked out Matt Haskell with elbows just 19-seconds into the first round at PFC 10 in 2019.

This is a true battle between East vs. West.