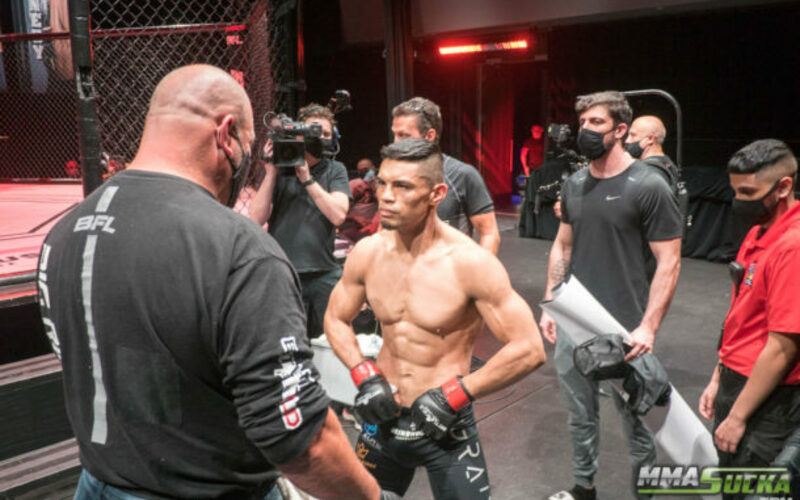 The main event is set for BFL 68, as Gio Platon and Serhiy Sidey battle for bantamweight gold.

Platon (2-0) has been known as one of the most explosive knockout artists on the Battlefield Fight League roster. He has one-punch knockout power and proved that in his professional debut, as he stopped Tylor Nicholson just 27-seconds into their BFL 66 bout. Just as opponents prepared for Platon’s standup game, he threw a wrench in their plans. In his sophomore outing, Gio Platon stopped Matty Hovorka with a first-round rear-naked choke.

Sidey (4-1) started off his professional career on a four-fight winning streak. Three of those four fights came via TKO stoppage. In his most recent outing, Sidey lost a decision to Mateo Vogel at BTC 9. The Ontario native was expected to fight for the BFL 135-pound title against Ali Wasuk at BFL 67, however, his opponent was forced to withdraw from the contest.

A heavyweight tussle between Justin Doege and Lee Mein is also expected to take place at BFL 68. Make sure you keep it locked to MMASucka.com for more fight announcements from BFL 68 and BFL 69 in the coming days.

BFL 68 will take place on September 30 and air exclusively on UFC Fight Pass.